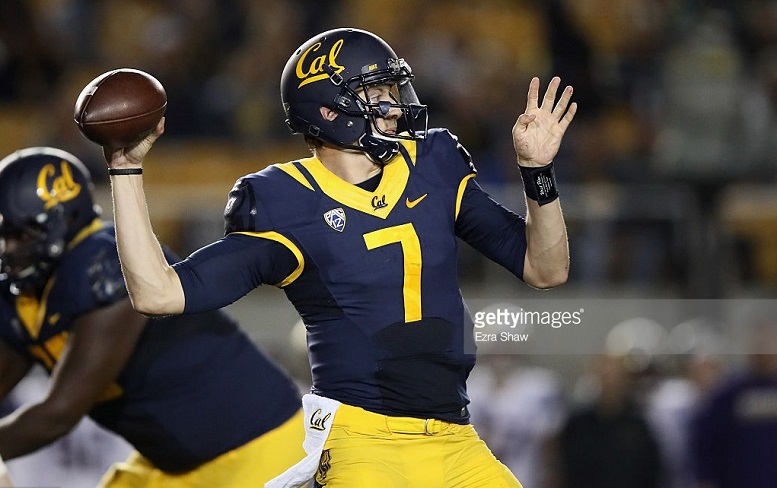 I was wrong when I said earlier there’d be no more Pittsburgh Steelers’ news today. Tony Pauline of Draft Analyst reports Cal QB Davis Webb has a visit scheduled with the Steelers and met with the team prior to the Golden Bears’ Pro Day.

“Webb met with the New York Jets, Arizona Cardinals, Kansas City Chiefs and Pittsburgh Steelers over the past two days.

Pauline says Webb’s Pro Day was “up and down” but noted weather conditions, there was a steady rain, made things more difficult than a usual Pro Day.

The Steelers have shown a level of interest in several of the draft’s top QBs but Webb is the first known to make an official visit with the team at a later, currently unknown date. Kevin Colbert has called this QB class strong at the top but lacking depth. This level of interest means it’s impossible to discount the team selecting a QB high in the draft as an eventual replacement for Ben Roethlisberger.

Check out our scouting report on Webb below. He threw for 83 touchdowns in his college career.