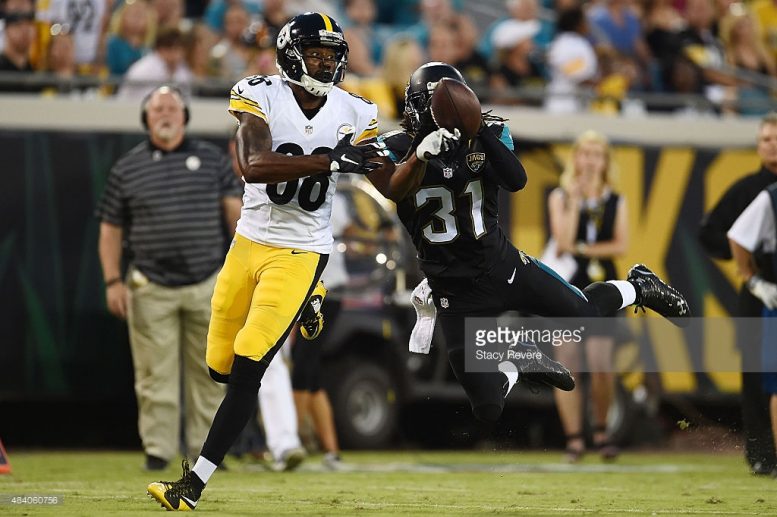 Well, that was a short visit to Pittsburgh for cornerback Davon House.

House, who reportedly visited with the Pittsburgh Steelers on Tuesday, has agreed to one-year deal with the Green Bay Packers, according to Tom Silverstein of the Milwaukee Journal Sentinel.

CB Davon House has agreed to one-year deal with the #Packers, according to a source.

House was originally drafted by the Packers in the fourth round of the 2011 NFL Draft out of New Mexico State. He played his first four seasons in the league with Packers before signing a four-year free agent contract with the Jacksonville Jaguars in 2015. the Jaguars released House ahead of the start of the new league year.

Pittsburgh is a great organization! Loved it hear, but had a chance to go back home.

Silverstein goes on to report that House had an offer from one other team already and that the Packers stepped up with a “good offer.” Knowing the Steelers, they probably were only interested in signing House to a one-year deal for the minimum that may have included an $80,000 signing bonus.

According to Ian Rapoport‏, House will get roughly $3.5 million from the Packers.

As far as I can tell, the Steelers other Tuesday visitor, linebacker Dont’a Hightower, is still visiting with the team and we’ll have to wait patiently to see if leaves town unsigned.