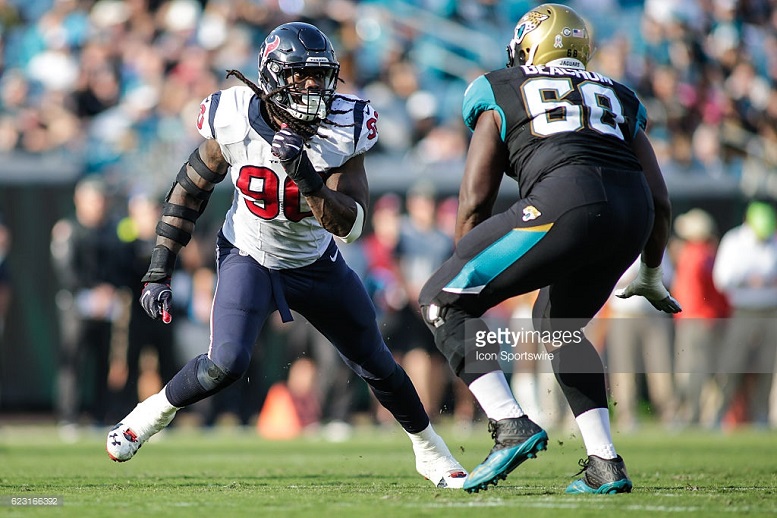 Former Pittsburgh Steelers tackle Kelvin Beachum is about to become a free agent once again.

According to Mike Garafolo of the NFL Network, the Jacksonville Jaguars have decided against picking up Beachum’s four-year option and if true, the Steelers former seventh-round draft pick out of SMU will soon become an unrestricted free agent for a second consecutive year.

Jaguars are not picking up LT Kelvin Beachum's option, sources say. So like Ryan Clady, he's headed to the free-agent market.

Beachum, who signed a five year, $45 million contract with the Jaguars last March as an unrestricted free agent, started 15 games for Jacksonville during the 2016 season. That came on the heels of him missing the second half of the 2015 season in Pittsburgh after he tore the ACL in one of his knees in the Steelers game against the Arizona Cardinals.

On the surface, Beachum shouldn’t have any problems finding a new team willing to sign him once he becomes a free agent on March 9, the start of the 2017 league year. With that said, he can probably expect to earn a little less than he did last season with the Jaguars.

If you are worried about Beachum not having his option picked up affecting the Steelers compensatory formula, you shouldn’t as it should have no bearing on that whatsoever.

Beachum appeared in 45 games with the Steelers during his first four years in the league and started 40 times. His four-year option that the Jaguars decided not to pick included an additional $13 million of guaranteed salary and up to $11.6 million in escalators based on playing time, playoffs and Pro Bowl, according to ESPN.com.