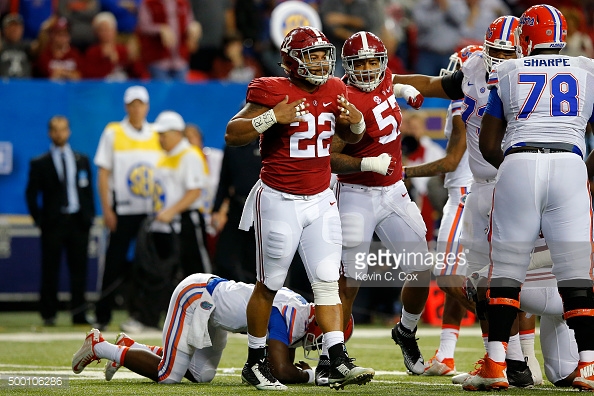 “Ryan Anderson may not have the sexiest 40-yard dash time or metrics, but he’s a very solid three-down linebacker who lived around the ball during Alabama’s 2016 season. Anderson is a powerful rusher when he’s coming off the edge, but he also showed himself to be competent when dropping into zones to take away short passes or asked to get out and cover screens.”

Miller notes he nearly selected Anderson’s teammate, Tim Williams, but chose the former because he is more polished and ready to contribute Day One.

Outside linebacker is going to be a popular position to choose from throughout the offseson, the unquestioned #1 need for the Steelers. Mel Kiper Jr. had the team take Missouri’s Charles Harris back in mid-January. Be sure to check out Josh Carney’s scouting report on Harris that will go up tomorrow.

There are plenty of choices for the Steelers to have at the EDGE. Harris, Anderson, Carl Lawson, and Haason Reddick, could all fit with Pittsburgh. Personally, Anderson is my least favorite of the group. He’s strong and plays with more power than some of these guys but he’s a marginal athlete who struggles to consistently bend and win the edge. That’ll draw some surefire comparisons to Jarvis Jones.

Anderson was invited down to the Senior Bowl but got stuck playing off-ball with the Cleveland Browns before injuring his hand and bowing out two practices and the game.

He did have a fantastic career at the top school in the nation. Last year, Anderson racked up 18.5 TFL and 8.5 sacks. In his career, he had 39 tackles for loss and 19 sacks while forcing six fumbles. Look for a full scouting report on him in the next few weeks.

Edit: Reader Jon pointed out Miller had a 7 round mock draft. Here’s the list.