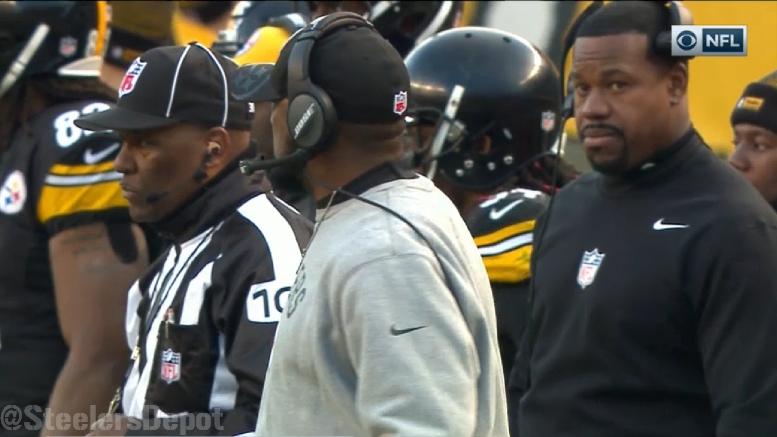 An article came out a few days ago that we covered on Steelers Depot written by John Steigerwald accusing Pittsburgh Steelers head coach Mike Tomlin and outside linebackers coach Joey Porter of some less than professional behavior surrounding their children’s involvement in the football program at North Catholic. This comes after their children—and Porter’s nephew—transferred to North Allegheny and Shady Side.

Steigerwald cited an unnamed source accusing Tomlin of going on a profanity-laden tirade about officiating in the North Catholic locker room, among other claims. Jason Gildon, a former Steelers outside linebacker and the coach of the team for the past two seasons, recently refuted the claim…sort of.

Gildon spoke to Mike White for the Pittsburgh Post-Gazette, saying that he did not recall Tomlin ever coming into the locker room. “As far as I’m concerned, I’ve never been around a more professional person”, he said. “I say it because I had the opportunity to coach his son. He was always up front with me regarding Michael [his son]. I really don’t think it’s fair to attack someone’s character like that”.

GIldon did not comment on the other claims made by unnamed witnesses by Steigerwald. He also followed North Catholic’s lead in declining to comment on the allegation that Porter had an on-field altercation with police officers during one game.

But the coach on the opposite sideline of that game did comment. Riverside coach Ron Sciarro “confirmed there was ‘an incident’ with Porter”, White writes and that “police did get involved at some point, but no one was arrested”. There was never a claim that anybody was arrested, mind you.

Steigerwald took to Twitter yesterday as well. A Deadspin article cited a spokesperson for the North Sewickley Police Department—the unit in the incident in question—who confirmed that the Porter incident took place. Steigerwald Tweeted that the “Chief went on record two days later” after he previously promised said officer not to reveal his identity.

White’s article quotes Steelers president Art Rooney II as saying that it’s “hard for me to put a lot of weight on something that’s unnamed sources” when he was asked about Steigerwald’s article in reference to Porter’s incident. Porter was arrested a few weeks ago and was briefly relieved of his duties with the team.

Steigerwald pointed out Rooney’s comment and responded that he did identify the North Sewickley cops and that he “could’ve confirmed” it with one phone call. He confirmed that the anonymous source in the article regarding the Porter incident was the just that. He also said that a source verifying the Tomlin incident had not come forward “yet”.

This whole thing has certainly taken on a life of its own, though I don’t expect anything ultimately to come of it. At worst, Porter had a minor altercation with police officers on the field and he and Tomlin engaged in some inconsiderate behavior at their children’s football games. More should be expected of them, assuming the ‘worst’ to be true, but it does not exactly demand recourse.