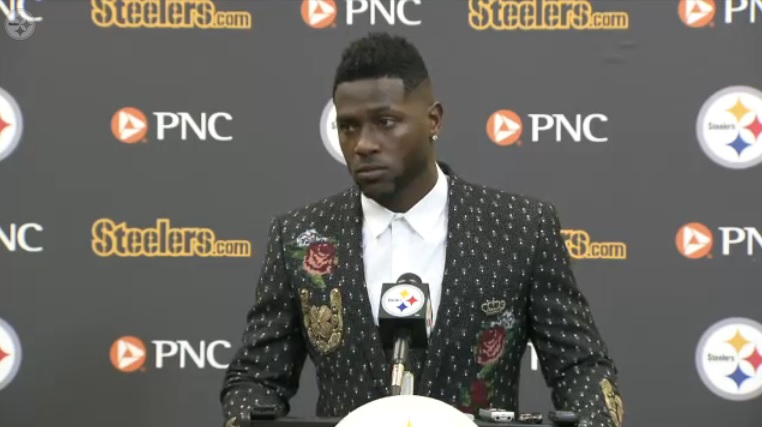 Pittsburgh Steelers wide receiver Antonio Brown signed a four-year contract extension on Monday that now makes him the highest-paid player at his position in the league. After signing that contract, Brown talked to quarterback Ben Roethlisberger.

“I spoke with Ben last night and he was pretty excited,” Brown said Tuesday during his press conference.

While Roethlisberger has yet to say that he will indeed play in 2017, it’s more than obvious that he will and it’s only a matter of time until he confirms that.

As for Brown, he knows he can still become a better player both on and off the field moving forward into his career.

As for Steelers team president Art Rooney II, he’s hopeful that Brown can now accomplish one thing that he’s failed to do so during his NFL career in Pittsburgh.

“He’s one of the hardest-working players I think we’ve ever had on our team,” Rooney said Tuesday. “He leads by example and I think at this point, most importantly, he has a lot of records, he has a lot of acculations, there’s really only one thing that’s on his mind and our mind and that’s bringing another Super Bowl trophy here.”

“My focus now, all the Steeler greats, all those guys have hardware,” Brown said. “I haven’t had the opportunity to win the Super Bowl and for me, that’s the ultimate goal every year to go out and see if I can win the ring and I’m excited about that process and I’m excited to be a Steeler.”