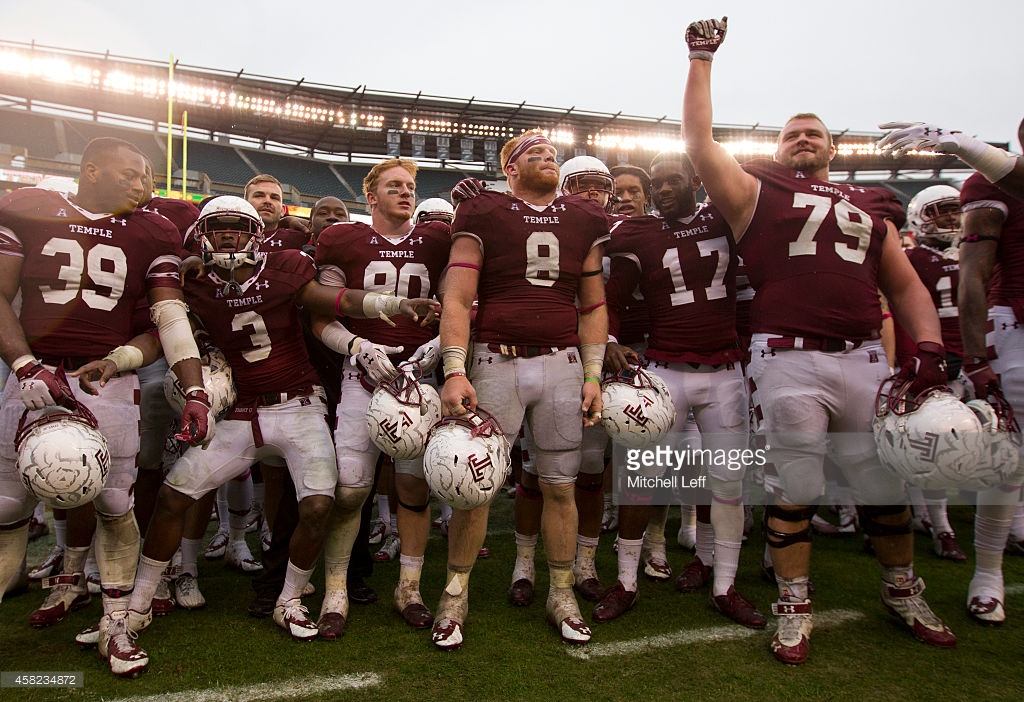 Friend may not look like a center but he sure has a center’s “look,” his Temple Owls’ bio photo showing a linemen’s scowl plastered across his face. That alone won’t get you a roster spot in the NFL. Rather, it’s Friend’s impressive college resume that has allowed teams to look past his size and give him an opportunity.

Due to injury, he carved out a starting role his freshmen year and never looked back. By sophomore season, he was team captain, an honor he would carry for the next two seasons, making him – and fellow Steeler Tyler Matakevich – the only three-time captains in school history. By his career’s end, he had started 41 times, and that number would’ve been higher had he not torn his MCL in October. He was named to the AAC’s First-Team during his last season with Temple, having a big hand in turning around a program from laughable to competitive in every game.

By Friend’s first season, the Owls were a forgettable 4-7. By the time he left, they were 10-4 and beat Penn State on national television.

Likely to do that lack of size, Friend was passed over for a Combine invite, meaning his Temple Pro Day was the only chance to show off for scouts. And show off he did. He put up 41 reps of 225 on the bench, a number that would’ve bested anything done at the past two Combines. See for yourself.

41 reps and amazingly, he didn’t break his sternum.

He wasn’t all brute force either, turning in a 5.09 40, a strong number for a center. All that wasn’t enough to get him drafted though and the New York Jets picked him up after the draft. He would remain there until the first cutdowns and then re-join their practice squad in October. He bounced on and off the team before the Steelers secured him with a futures deal last week.

The size is working against him, there’s no denying that. Friend makes Mike Webster look like Alejandro Villanueva. But he’s the classic overachiever, and I mean that as a compliment, with an old-school style and mentality. You can hear it in the way he talks, like this quote from PennLive prior to last year’s draft.

“When something happens you don’t like, you just move on from it and look forward,” Friend said. “That’s the way I see it.”

With his tenacity and Mike Munchak’s ability to get the most out of every single player, Friend has a shot to hang around the Steel City. At the least, he’ll make Latrobe that much more competitive and intense.