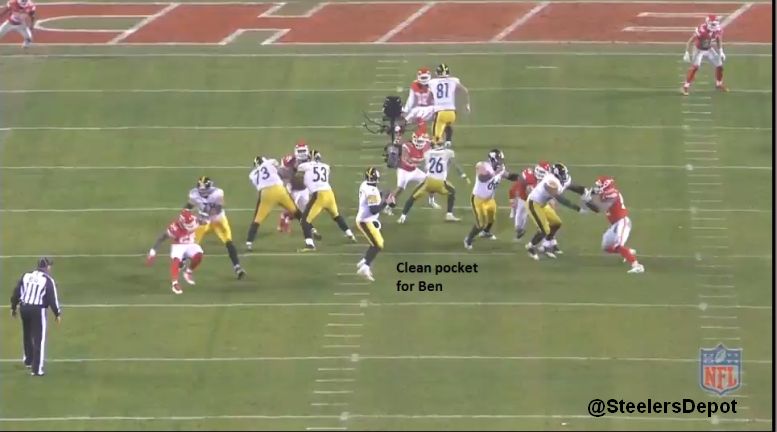 Just one of these to look at. The Pittsburgh Steelers’ offensive line has made my life easy with this stuff in 2016.

This is flat out a coverage sack. Kansas City is playing Cover 1 robber, man coverage. Nothing open downfield for Ben Roethlisberger. 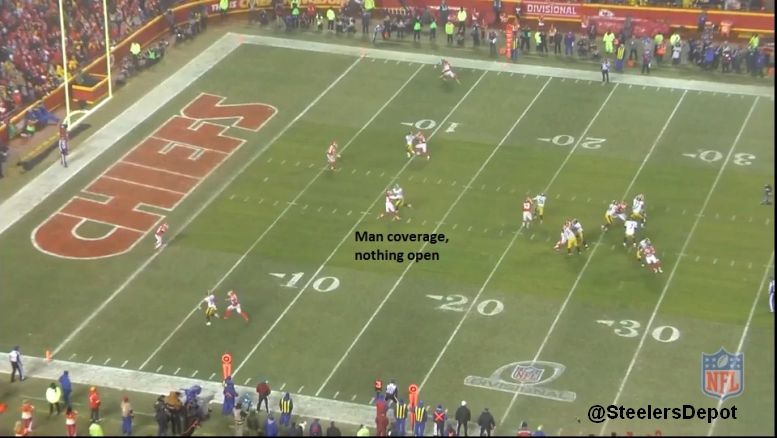 The line gives Ben plenty of time, about four seconds, so you can’t fault them here. The pressure only exists when ROLB Dee Ford finally spins off Alejandro Villanueva after trying to work him up the field and failing. 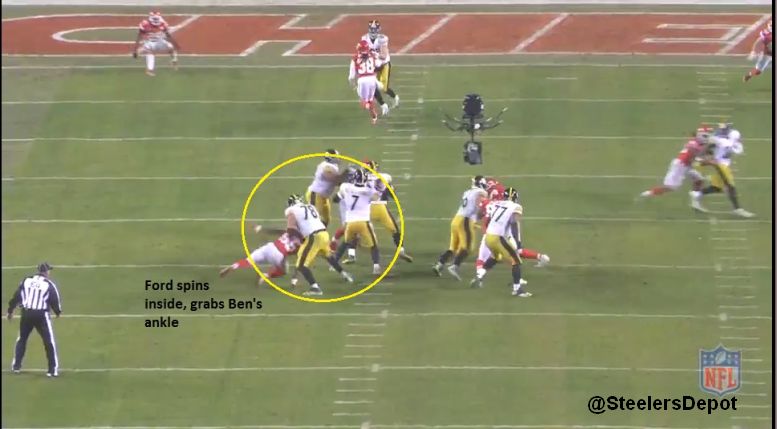 To the other side, Justin Houston gets rebuffed by Marcus Gilbert and decides to loop over the defensive tackle. This isn’t a designed stunt. Takes too long to develop.

Not even going to show this from the end zone view because the line does nothing wrong. Just great coverage from the Chiefs here and remarkably, the first sack we’re going to designate all season long that is on the coverage.

You can argue Roethlisberger should’ve escaped the pocket and that isn’t completely invalid. But the pocket is clean most of the time so I have no problem with him hanging in there. It wasn’t like there was chaos and he wasn’t changing his launching spot. It just got muddy in a hurry.

The other thing I want to point out here is a maybe less-than-stellar call from Todd Haley. I haven’t gone through the game yet so I don’t have a feel for what the Chiefs were playing and what Haley was calling but I don’t love the decision on first look. It’s 3rd and 8, not 3rd and 15, and trying to run vertically in the red zone is tough to do. Just not enough space. Another example of Haley’s route tree being a little too independent on third and long, a common theme throughout his tenure and one of my biggest complaints with him.