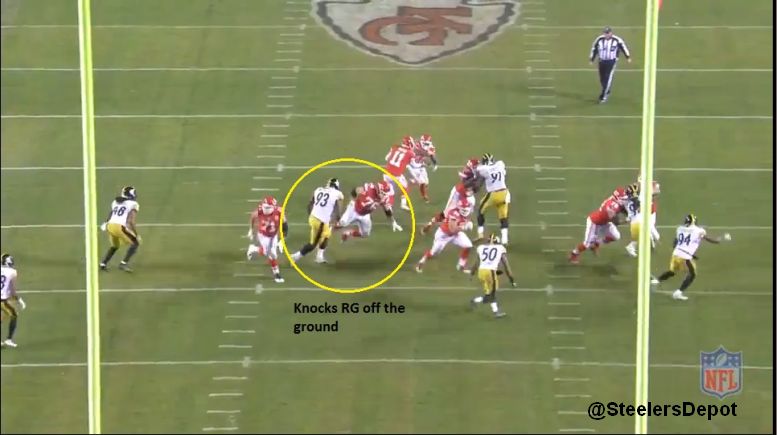 Game notes from the Pittsburgh Steelers win over the Kansas City Chiefs.

– Hank to start. Got the offense back on track this drive. 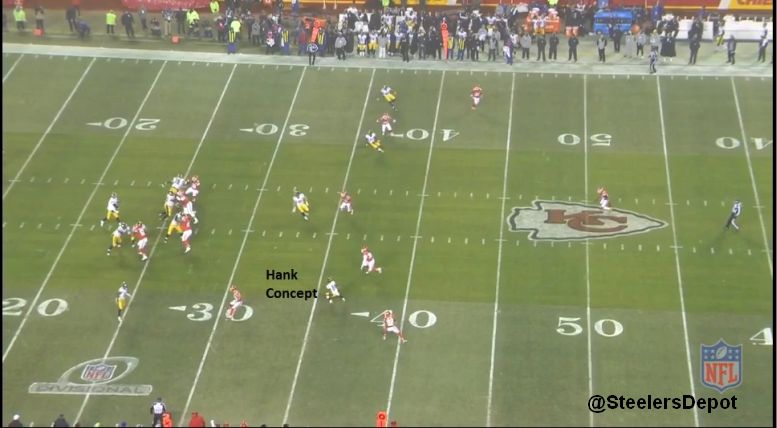 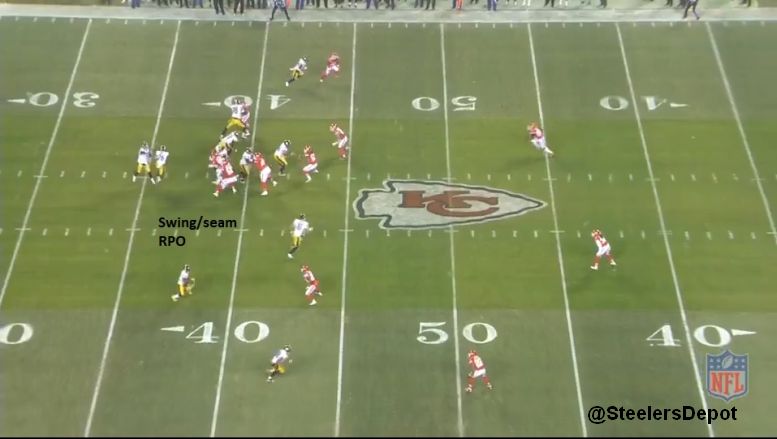 – Ben Roethlisberger pump fakes to move three defenders and throws it behind them all to James. Pass was high but I think that was intentional – had to get it over the sea of hands. 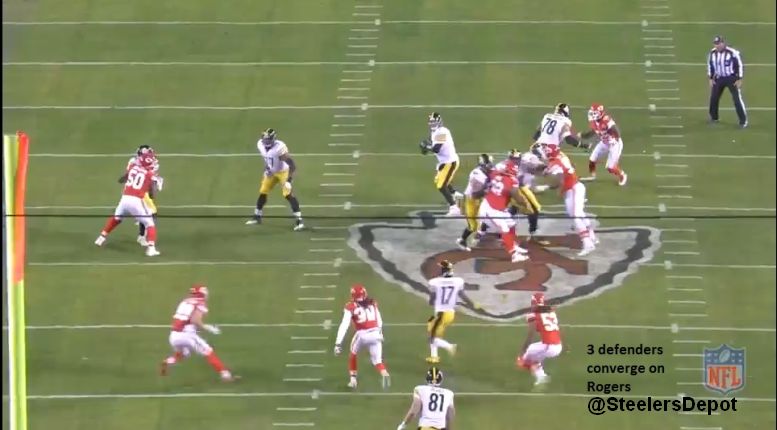 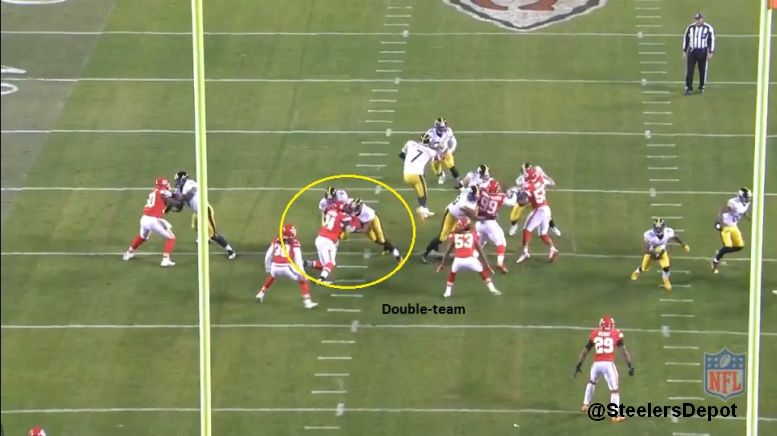 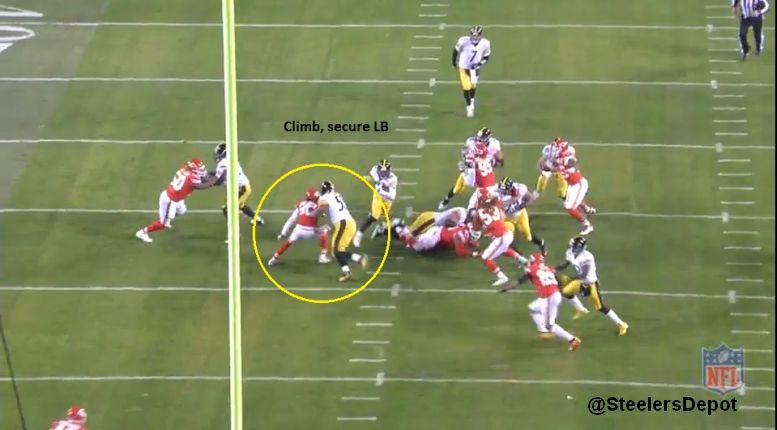 Not a lot of changes here. Mitchell is definitely new, never been on this unit before. Jones flipped from the right to left side and Moats was tossed back on this unit, taking Fitzgerald Toussaint’s spot. JJ took Anthony Chickillo’s role. Other than that, the same.

– Steelers had another busted player where Roethlisberger took off. Twice in two weeks. Gotta clean it up.

– Pouncey talked about how you always have to keep your feet moving when blocking for Le’Veon Bell. Good example here and a great base block against Dontari Poe.

– Fake bubble for the win! Big gainer to James. 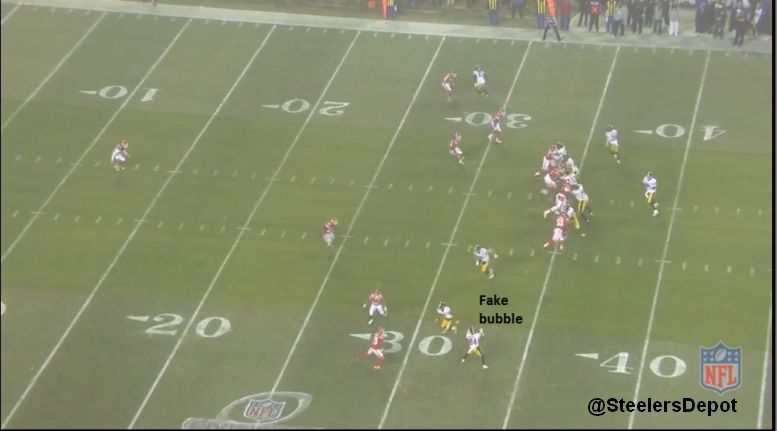 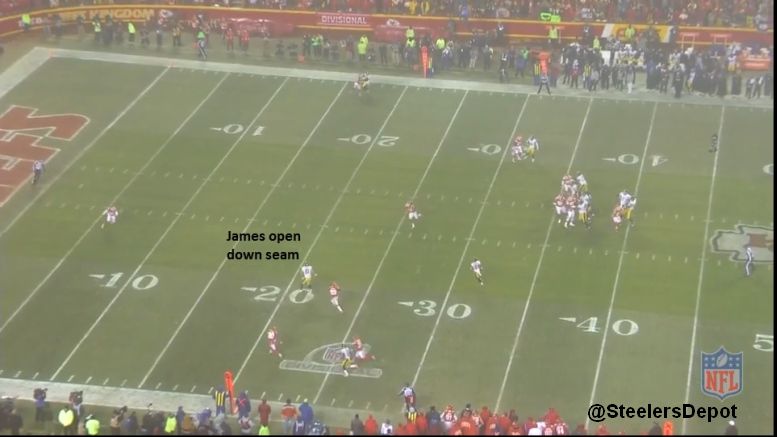 – Two back set out of the gun, Bell and Nix. Pretty uncommon to see. 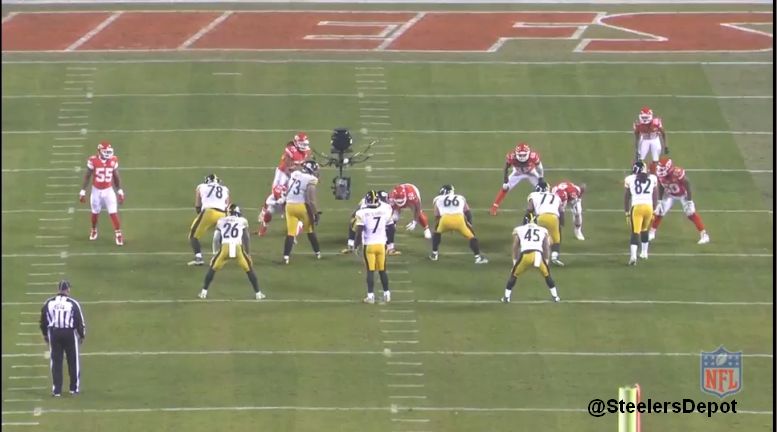 – Javon Hargrave with a strong punch and showing leverage to get under the left guard. Then splits him and the center. 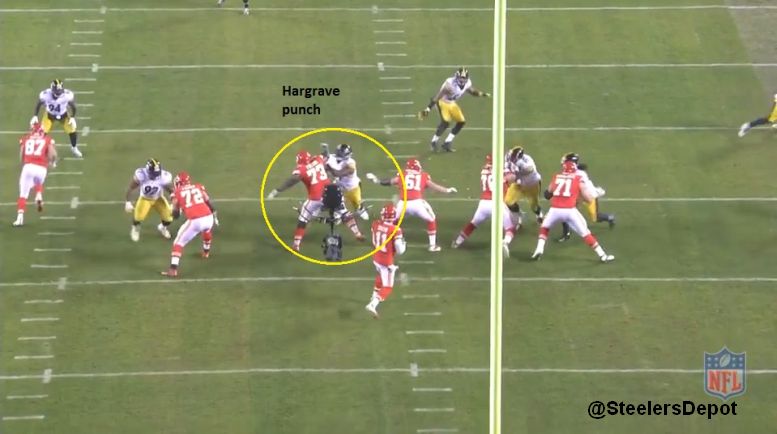 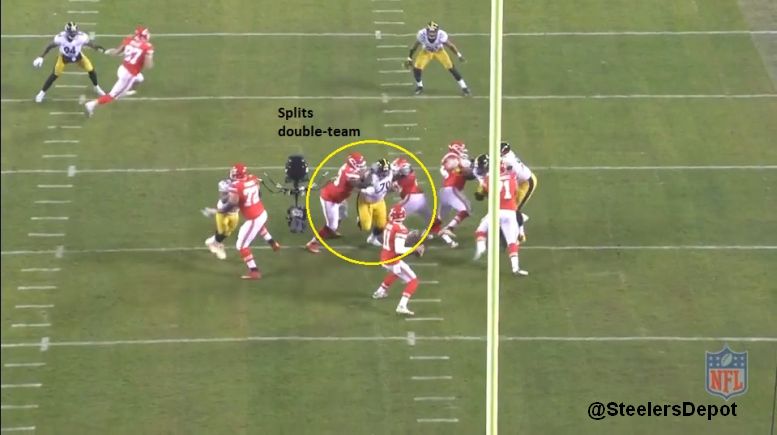 – Cobi Hamilton with a key crack block on Eric Berry. Dig him out and Bell is able to cut back. Gain of 38. 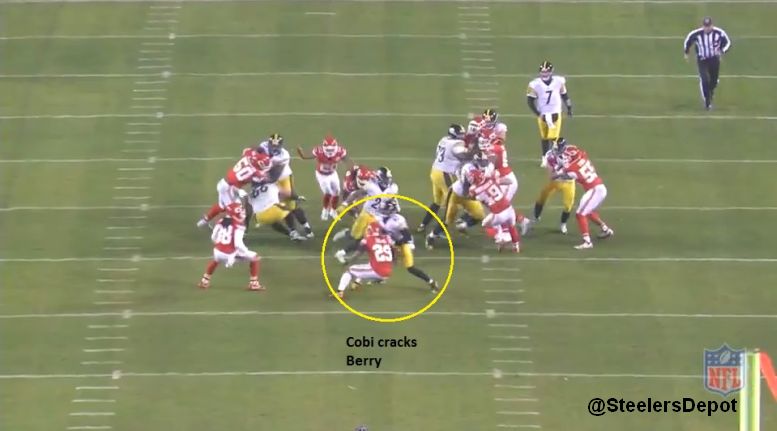 – Starting defense kept out on this punt return for some reason. Guess they couldn’t get off the field in time. 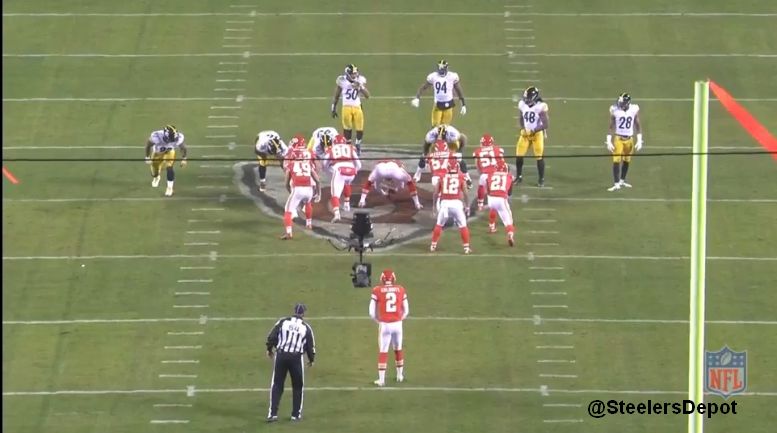 – Roethlisberger moving the linebackers to open the window to Eli Rogers. 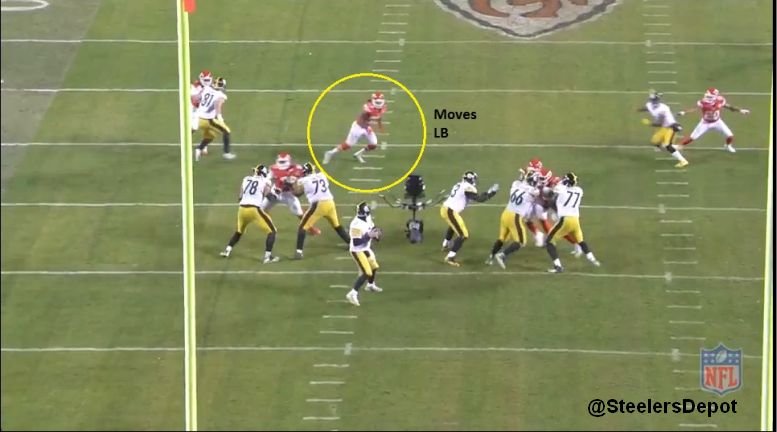 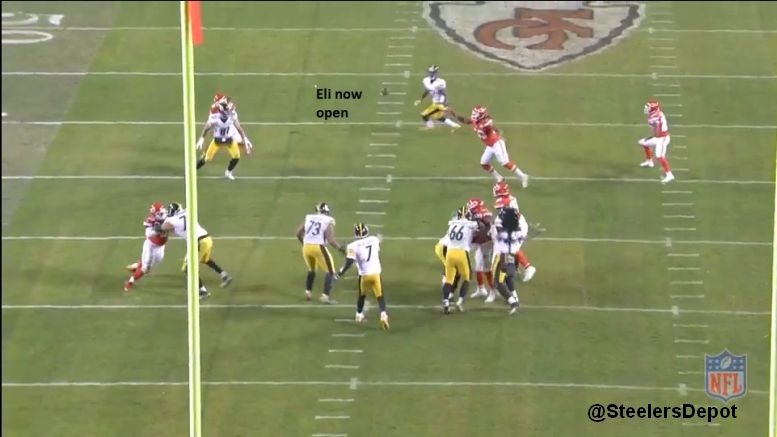 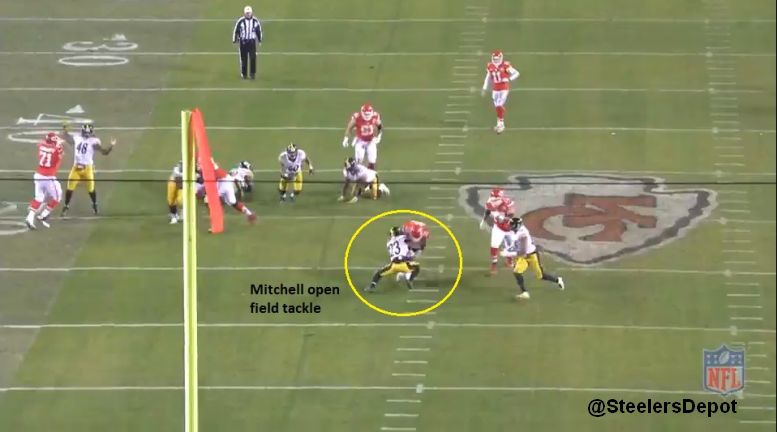 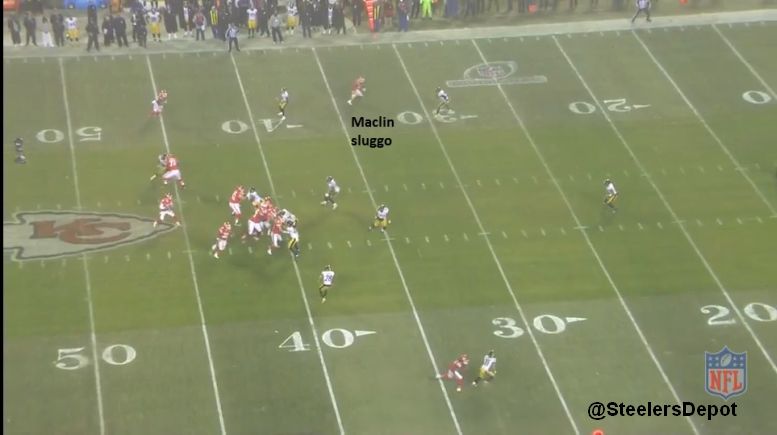 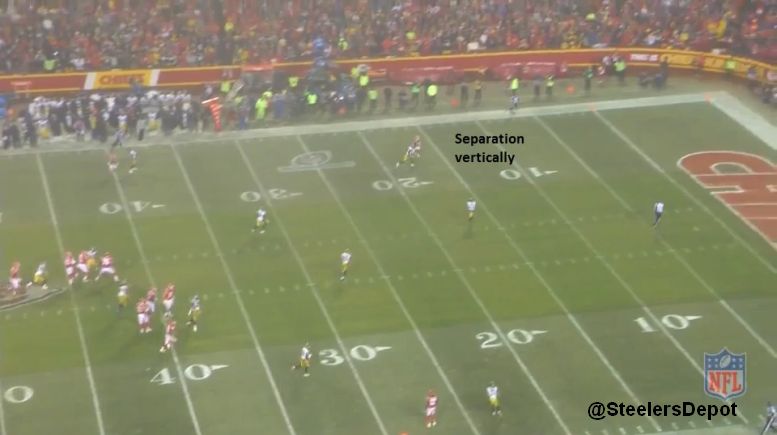 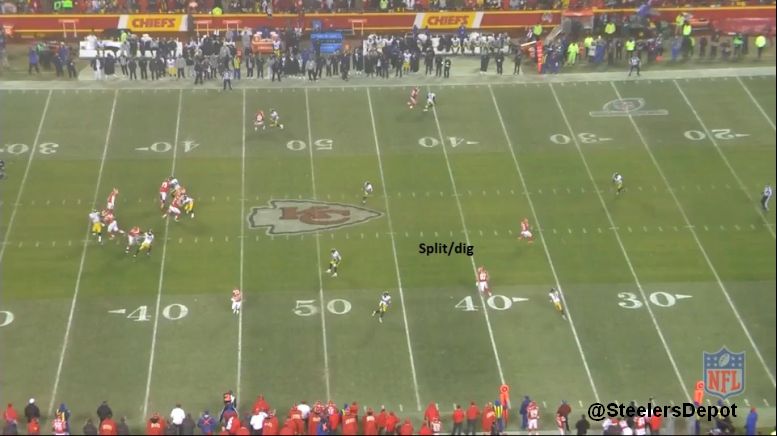 – Daniel McCullers with a flash of power, strong punch into the right guard trying to zone away from him. Gets knocked down and McCullers chases, not allowing the cutback. 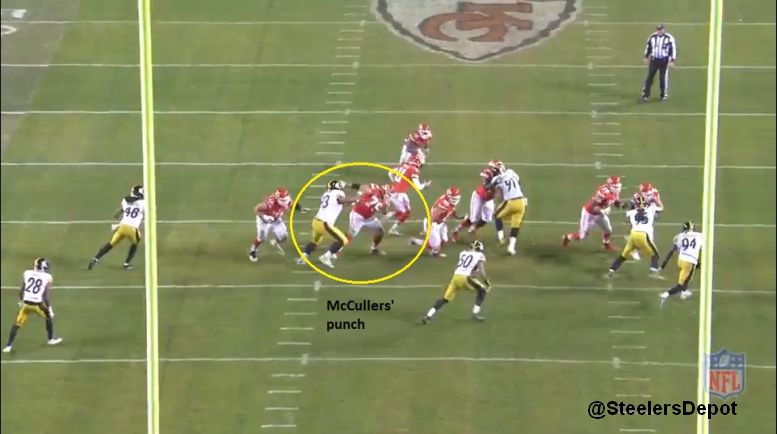