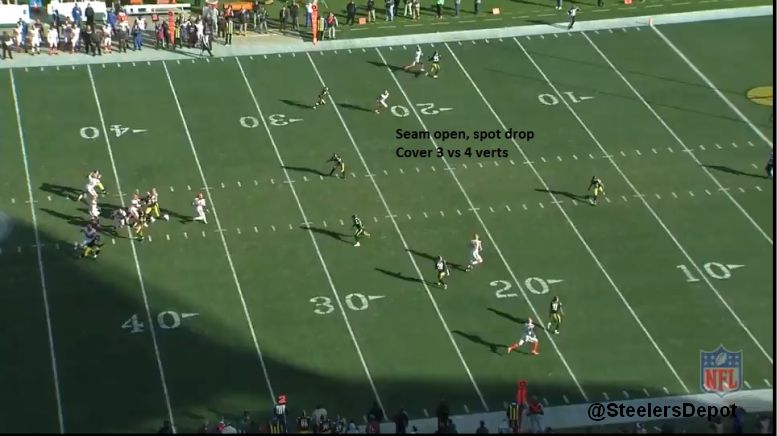 Game notes from the final regular season game, a 27-24 OT win over the Cleveland Browns.

– On his first punt return, Rogers really needed to get vertical. Too much East/West. 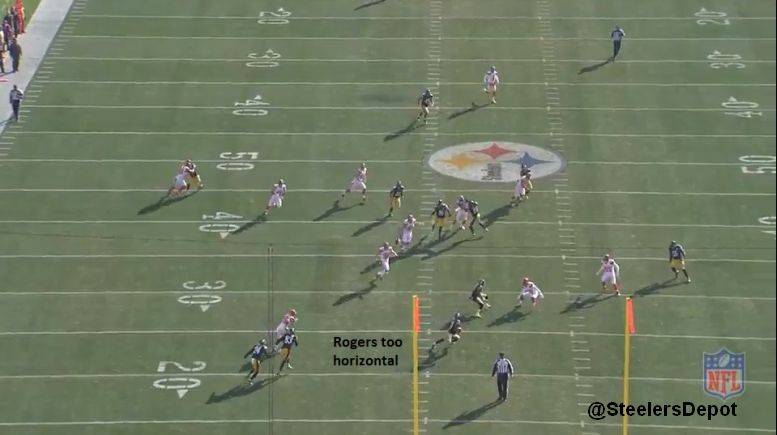 – Browns did a nice job to fake a pin/pull run on their touchdown. Got eyes away from RGIII’s rollout, giving him a lane and throwing lane for the score. 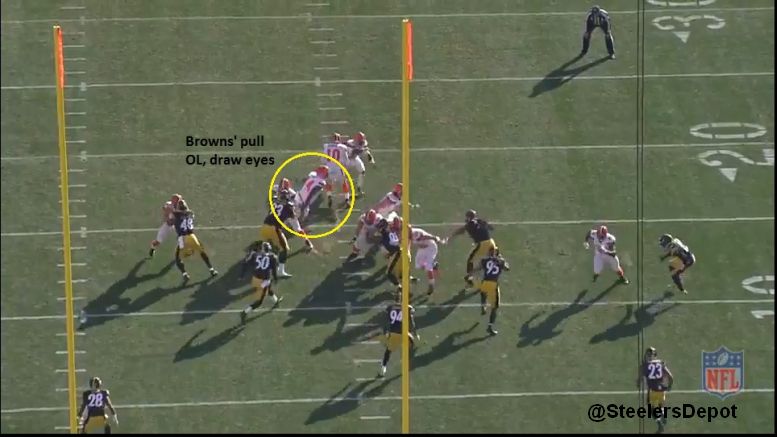 – Stunt and contain goes awry here. And with man coverage, it creates  lane for RG3, who takes off for 19. 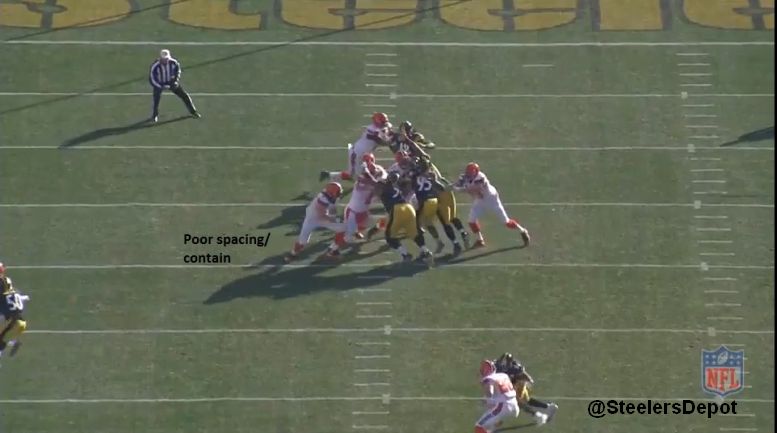 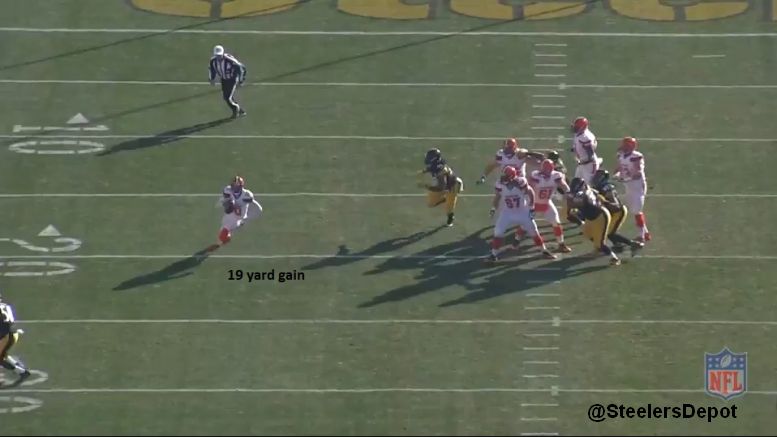 – Stop drop against four verts. Going to have a bad time. This should’ve been six.

– Man coverage, Gary Barnidge underneath the rub. Sean Davis gets caught up in the wash. 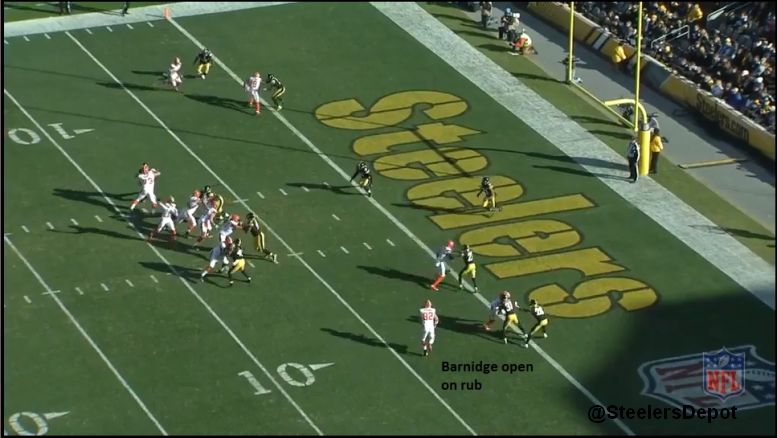 – Great punt protection with the team backed up in their own end. 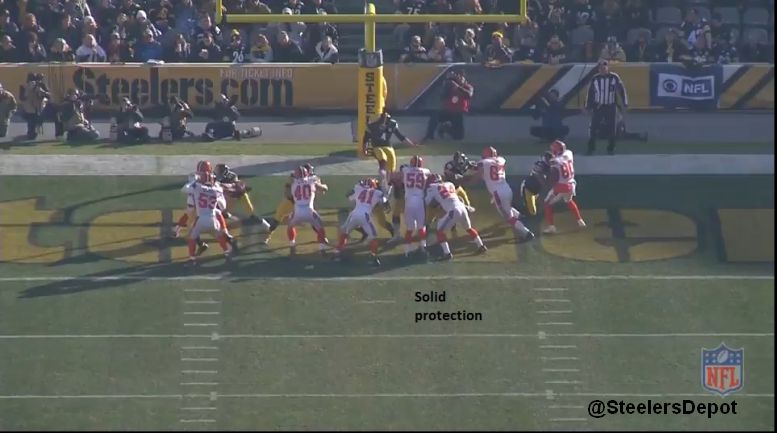 – Demarcus Ayers with a flat out drop, leaving his feet for a pass. 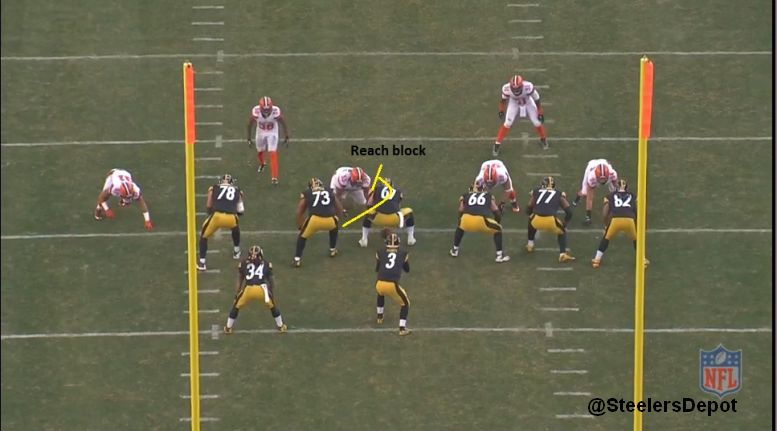 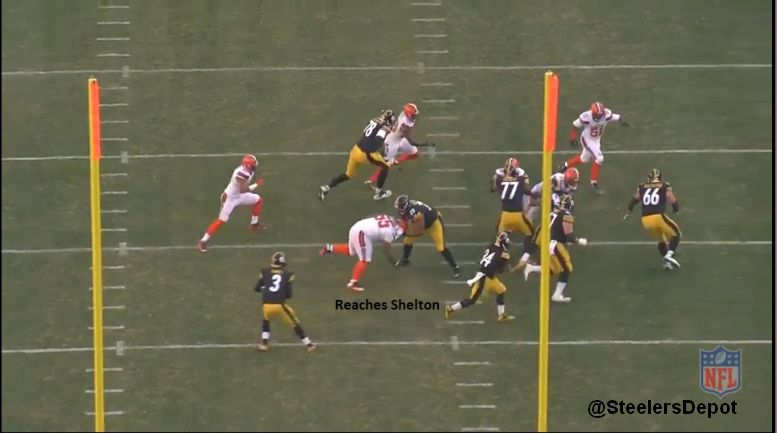