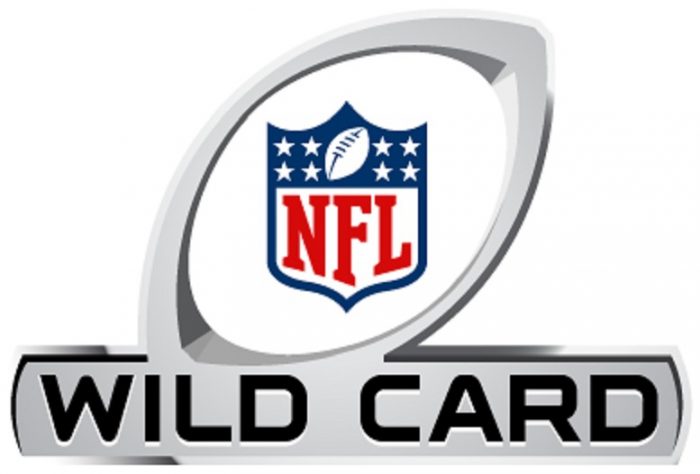 In what has become a favorable phrase for the media, the cliché saying “(Team name) are getting hot at the right time” has built more momentum heading into the post season than some of the teams it is used to describe. One of the teams being attached together with this moniker are none other than the red-hot Pittsburgh Steelers, winners of seven in a row. Backed behind this long win streak and many offensive weapons, the Steelers’ billing of a team finding its groove at the right time cannot be questioned. But what can be questioned is how much weight does this billing hold in post season play?

Dating back to 2001, there have been 22 teams entering the post season with win streaks of five games or longer. All 22 of these teams are quality candidates for the billing of “Getting hot at the right time” as they entered their respective post season. Now of course, all 22 of these red-hot teams could not possibly win the Super Bowl but some outcomes listed below may still come as a surprise. 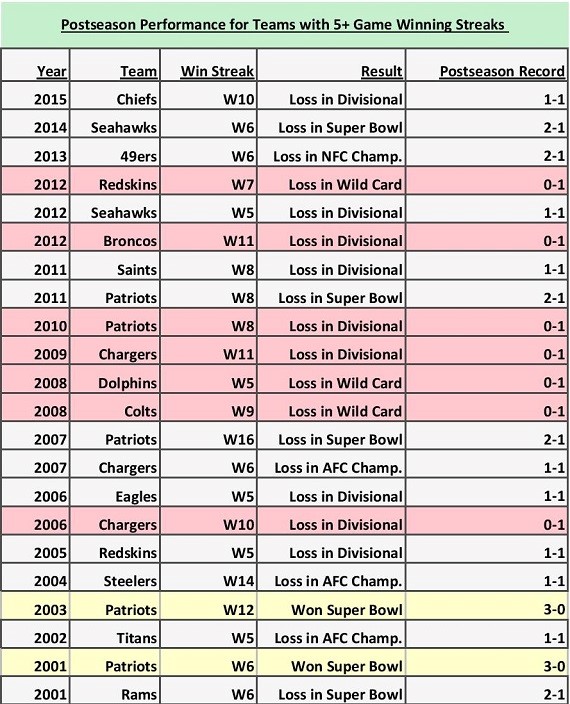 Out of these 22 teams that got hot at the right time, seven lost their first postseason game and immediately fizzled out in January. Six teams reached the Super Bowl but only two maintained enough steam to go on to win the Super Bowl. Both of those teams belong to the Bill Belichick coached New England Patriots, who rode long win streaks to Super Bowl championships in 2001 and 2003.

With seven one-and-done teams and six Super Bowl teams, history could lead you to believe that the Steelers have the same chance to lose Sunday against the Miami Dolphins as reaching the Super Bowl. But more number crunching shows that no team in action on Wild Card weekend with a long win streak such as the one put together by the Steelers has reached the Super Bowl in the last 15 years. In fact, the 2013 San Francisco 49ers are the only Wild Card team listed to even reach the Conference Championship game.

What the above data concludes to show is that there is no real benefit from regular season momentum in the postseason. In the simple do-or-die reality of the NFL postseason, the best, more prepared team will always come out victorious. Just like every team in contention, the Steelers are now an even 0-0 with the only way of finding itself in the Super Bowl’s graces is to be the best team in action from here on out.