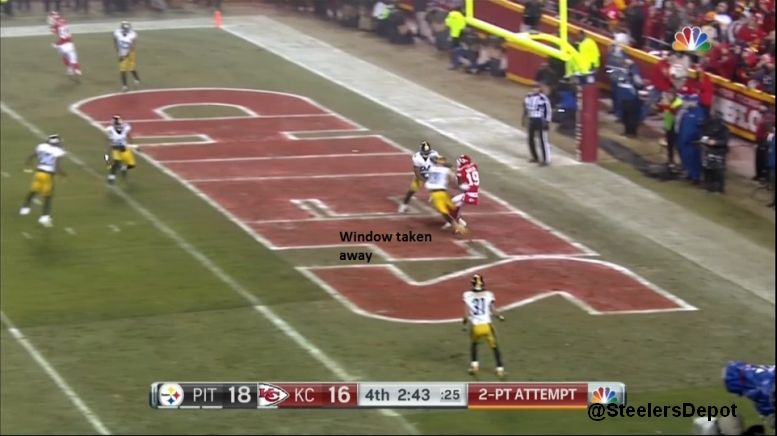 With the exception of last week’s relatively smooth-sailing Wildcard victory over the Dolphins, during which the most contentious discussing in the week that followed was why the Pittsburgh Steelers had left quarterback Ben Roethlisberger in a game in which there were fewer than six minutes to play with an 18-point lead, this is a team that has not allowed themselves to win easy in the past month.

While the Steelers’ 18-16 win over the Chiefs in last night’s Divisional Round game was not of the comeback variety, there were times when it felt like it, and the whole thing got awfully hairy in the final five minutes of the game.

After the Steelers were able to regain an eight-point edge courtesy of Chris Boswell’s NFL-record sixth field goal of the game, the defense had a tremendously difficult time getting off the field for a closeout drive, reminiscent of the Ravens game that won the division.

This time, the Chiefs were forced to convert on fourth down not one, but twice, including on fourth and two from the four-yard line. They scored the touchdown on the next play, and looked to have successfully converted the two-point attempt on a completed pass to Demetrius Harris, which would have tied the game.

To the Steelers’ great fortune, however, outside linebacker James Harrison was able to draw a holding penalty against left tackle Eric Fisher, which negated the conversion and forced them to retake the play from the 12-yard line instead of the two. Sean Davis was able to break up the second attempt to preserve the two-point lead.

It was the third time that Harrison got to Fisher during the game, previously beating him for a sack and another holding penalty, but this penalty was one of the biggest that I can recall in recent history, as it preserved a late two-point lead, taking two points off the board in the final minutes of a postseason game.

Of course, the game should never have been in that position if only the offense had been better able to execute inside the red zone. The Steelers only managed to come away with three field goals in four trips inside the Chiefs’ 20-yard line, while Kansas City was able to net a touchdown in both of their two trips inside the Steelers’ 20.

But that sequence, perhaps as much as Antonio Brown’s third-down conversion just a short time later that secured the victory, was the most pivotal moment of the season, with Harrison and Davis coming up with the two plays to make it happen.

The defense may have failed to stop the Chiefs when they needed to most, including twice on fourth down. They did not even manage to prevent the touchdown. But securing the two-point conversion defense, which is something that they work on regularly throughout the season, was huge, and helped send them back to the AFC Championship Game for the first time in six years.