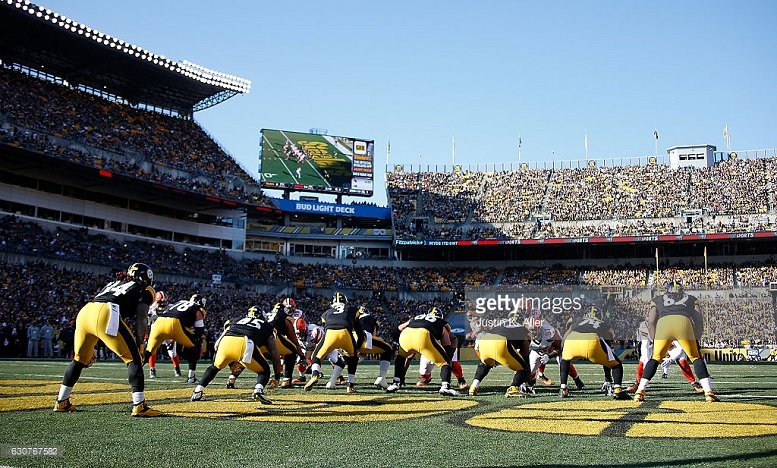 The Pittsburgh Steelers held running back Le’Veon Bell and center Maurkice Pouncey out of Sunday’s regular season finale against the Cleveland Browns and while they are only two players, they were both missed when it came to the offense’s attack.

The Steelers offense only managed to rush for 69 yards against the Browns in Sunday’s win and 17 of them came courtesy of a very late fourth quarter run by veteran running back DeAngelo Williams. Williams, by the way, saw his most extensive playing time since Week 8 against the Browns and finished the game with 67 yards on 23 carries.

To make matters worse, the Steelers offensive line allowed quarterback Landry Jones to be sacked four times in total. Jones was hit seven times in total during the game.

After the game was over, Steelers guard David DeCastro explained how the offensive line failed to do their collective jobs against the Browns.

“It’s not basketball, you can’t just go and play pickup and mess around. It’s a physical game. It wasn’t anyone’s fault, but we weren’t really there, DeCastro said, according to Jeremy Fowler of ESPN.com. “We have to get back to where we were before that.”

While Pouncey was the only missing piece on the Steelers offensive line on Sunday, his replacement, B.J. Finney, didn’t appear to play overly well in not only the running game, but in pass protection as well. Finney had his hands very full with Browns defensive tackle Danny Shelton.

A few times during Sunday’s game Williams was almost tackled for safety as the offensive line couldn’t provide any push or room to run when backed up on the Steelers goal-line. 13 of Williams carries went for 2 yards or less but thankfully one of those one-yard runs resulted in a Steelers touchdown.

The Steelers need to get their offensive line back on track in hurry as they’ll face the Miami Dolphins next weekend in one of the two AFC Wild Card games. Pouncey and Bell should be well-rested for that game as should quarterback Ben Roethlisberger and wide receiver Antonio Brown, who were also held out against the Browns as a precaution.