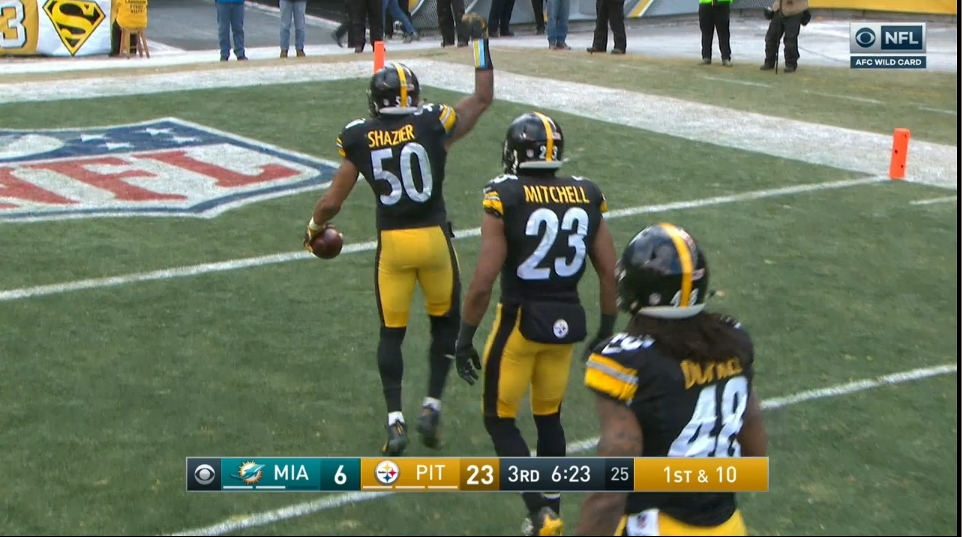 Ryan Shazier won’t be going to Houston this season. But now, he has a scheduled flight to Orlando. Shazier was named as a Pro Bowl replacement, filling in for the man he’ll be most often compared to, C.J. Mosley. Mosley bowed out with an injury.

Congratulations to @RyanShazier on being named to the 2017 Pro Bowl, his first career Pro Bowl appearance.

Shazier played at an All-Pro level this season, finishing with 87 tackles, 3.5 sacks, three forced fumbles, and three interceptions in 12 starts. He ended up picking off a pass in four straight games, including two during the Steelers’ playoff run.

After injuries hampered the first quarter of the season, Shazier got healthy and didn’t miss a rep the rest of the way, showing a near complete game. He’s also taken leadership of the defense, continuing to call plays and being the main hub of communication despite playing next to Lawrence Timmons, a guy who has been with the Steelers as long as Mike Tomlin.

The Pro Bowl will take place next weekend. Kickoff is for 8 PM with the game televised on ESPN.