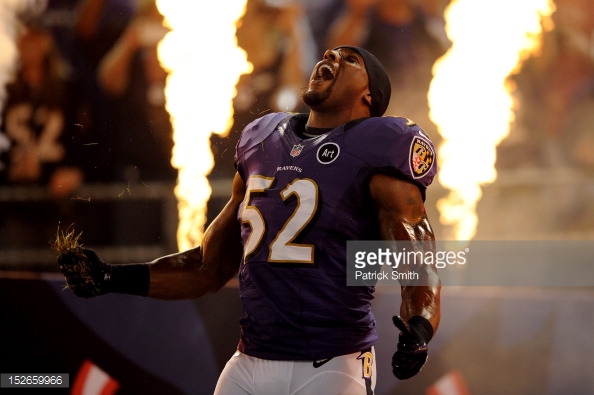 It was not an uncommon sight during his playing career to find former Baltimore Ravens linebacker and future Hall of Famer Ray Lewis walking the sidelines of a Pro Bowl stadium. He finds himself doing that again four years into his retirement after he was asked to serve as one of the Legends Captains for the AFC team.

That opportunity provided Lewis with just a taste of the life of a football coach. And now two days after a pair of former Pittsburgh Steelers players accepted coaching positions, we find Lewis perhaps contemplating a future among the coaching ranks someday as well.

His life both on and off the field has made Lewis a divisive figure, yet it can be scarcely denied that he possessed among the greatest football minds on the field during his playing days. It would be easy to imagine how that might lend itself to a successful coaching career.

Lewis said during the Pro Bowl week that he has been asked a lot about whether or not he has ever considered getting into the coaching ranks. “A few years out, a few years removed for me [from playing]—I’m thinking about it a little bit”, he admitted.

His is a story similar to many others that we have heard before. We know from experience that not all great players make for great coaches. But it would be hard to imagine that Lewis lacked for the habit of tape study or in his ability to motivate his roster.

Kevin Greene got into coaching. He stepped away from it for a while as his children were growing up before stepping back into it and becoming a coach on the Jets’ staff. Lewis’ children are already at the right age.

“My sons are in college, and I’m living the good life right now following them around, seeing the things they’re doing”, he told reporters. “I don’t know if I’ll go directly into [coaching], but it’s something I’m definitely looking into”.

Lewis already has a longtime former teammate in Ed Reed among the coaching ranks. He spent last season as an assistant defensive backs coach with the Bills. I couldn’t think of a better opportunity to learn what the conversion from player to coach is really like than the discuss it with somebody that you played with for a long time.

A first step for Lewis would be to work as a coaching intern during the spring and summer with the Ravens. Former Steelers great Alan Faneca worked with the team’s offensive line all through training camp as he considers a future in the coaching ranks.