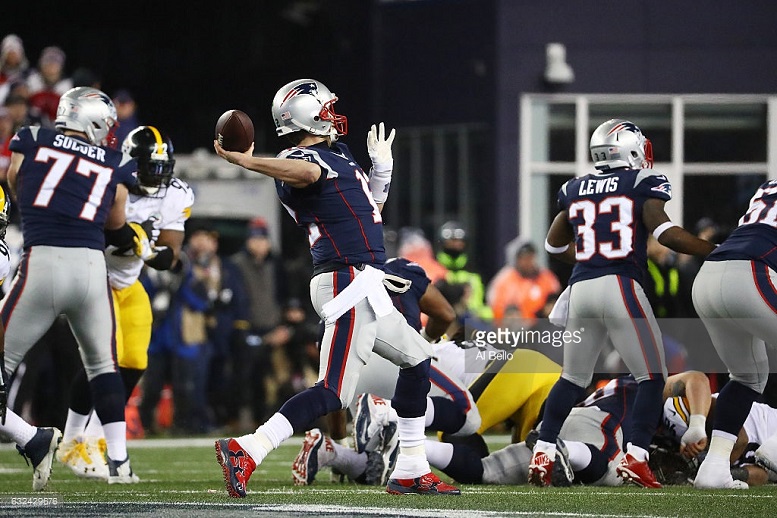 Whether it is about the regular season or the postseason, the bottom line is that, historically, this regime in charge of the New England Patriots have pretty much owned the Pittsburgh Steelers. They already beat the Steelers in the regular season in each of the past two years, and in three of the past four, but they got the opportunity to renew—and extend—their dominance over Pittsburgh in the playoffs last night.

And, unfortunately, it came in a game in which the opportunity to travel to the Super Bowl was on the line. And to make it even worse, the Patriots’ victory allowed them to become the first and only team in NFL history to reach the Super Bowl for a ninth time—breaking a four-way tie with the Steelers among them.

The Steelers have been fortunate in recent years to not have to face the Patriots in the postseason. In fact, this was the first time that Pittsburgh and New England drew each other following the regular season in 12 years.

You might recall that the Patriots knocked off the Steelers in 2004 during Ben Roethlisberger’s rookie season. Pittsburgh went 15-1 that season and was in the AFC Championship game when New England knocked them off their longest winning streak in franchise history and ended their season in unceremonious fashion.

They were more than happy to do so once again last night, offering a tried and true trouncing of the black and gold by a final margin of 36-17 that perhaps does not even properly reflect how lopsided the game actually was on the field.

You may have seen me reference this in recent days, but, among all teams that the Steelers have faced in the postseason more than one time, the Patriots easily have the best record against them. After last night’s win, Pittsburgh is now 1-4 all-time when facing New England, a .200 winning percentage.

Three of those losses have come at the hands of Tom Brady and company, dethroning them in 2001, and then again in 2004, adding another trophy—literally—to the mantle last night in Foxboro. The two teams split a pair of games in the mid-late 90s as well.

The next-worst record that they have against any team in the postseason that they have faced more than once is the Chargers, who have won two of their three meetings against Pittsburgh. The Broncos, including last season’s victory in the Divisional Round, have won five of eight meetings.

But no other team has had the Steelers’ number the way the Patriots have. As much as it may be unsavory to admit, they are well and truly a dynasty in an era of the game in which dynasties are not supposed to be possible. Brady is about to play in his seventh Super Bowl and has a chance to become the first quarterback—and second player—with five rings. So if you have to take your hat off and hand it to somebody, it might as well be the best.