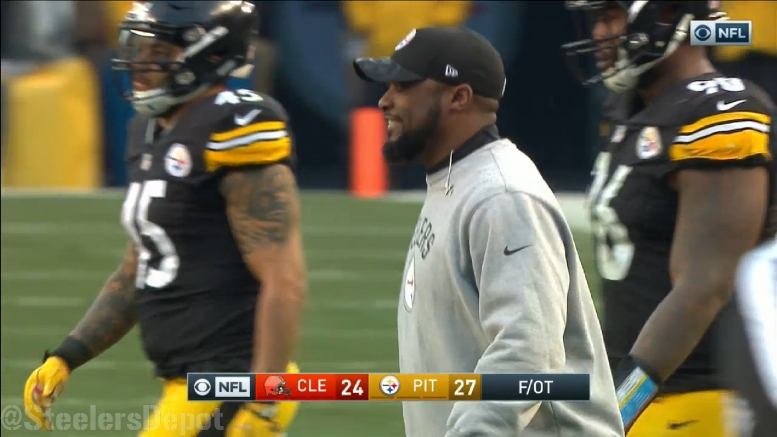 John Madden coached the Oakland Raiders for 10 seasons from 1969 to 1978 and during that time he compiled a regular season record of 103-32-7 and not once did he have a losing season. On Sunday at Heinz Field, Pittsburgh Steelers head coach Mike Tomlin won his 103rd regular season game and as a result of that has now tied Madden for the fourth-most wins by an NFL head coach in their first 10 seasons as a head coach.

Tomlin, like Madden, has never had a losing season and he has long since equaled the former Raiders head coach in Super Bowl wins. With the Steelers now in the playoffs, Tomlin has a chance to win his second championship as a head coach which is something only 13 other men have been able to do.

While the 2016 season started off great for Tomlin and the Steelers as the team got off to a 4-1 start, a four-game losing streak in the middle of the season made it seem like another potential Super Bowl run would have to wait until 2017 or later. Tomlin, however, was able to right the proverbial ship following a late heart-breaking loss to the Dallas Cowboys in Week 10 and the Steelers haven’t lost since.

Tomlin was able to accomplish the team’s current seven-game winning streak with several rookies starting on the defensive side of the football. While that unit has certainly had its share of growing pains from the middle of the season and on, they have been able to get big stops and turnovers when they were really needed and that was last evidenced in Sunday’s win over the Cleveland Browns.

A few weeks ago, former Steelers quarterback Terry Bradshaw said during an interview that he doesn’t view Tomlin as a “great coach” and even went as far as to refer to him as nothing more a “cheerleader guy.” Tomlin promptly and rightfully fired back as only he can.

While you can criticize Tomlin’s coaching ability in several different ways, he is certainly more than just a “cheerleader guy” like Bradshaw claims. Only 37 other men have won more games in the NFL than Tomlin has and 17 of them are now enshrined in Canton with a few more surely to join that list in the future.

Tomlin has several more regular season and playoff wins in his Steelers’ future and if you are one of many who can’t wait to see his time in Pittsburgh come to an end, you’re likely going to be waiting a while.