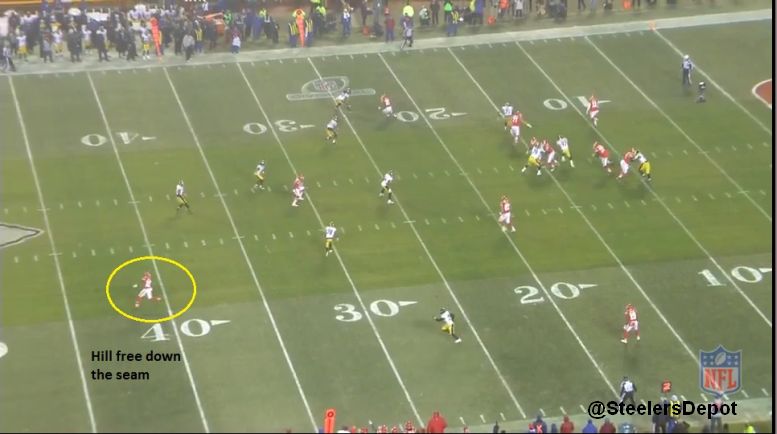 It’s no secret the New England Patriots have the best coaching staff in the league. That doesn’t take away from anything Mike Tomlin has accomplished but he – and every other coach in the league – are in a different league than Bill Belichick. The Patriots famously know how to exploit their opponent better than anyone else in the league.

For the Pittsburgh Steelers’ defense, they still have one problem area in the secondary. Down the seams. Their Cover 3 has obvious vulnerabilities and though they’ve transitioned into a team that runs Cover 2 just as often, it doesn’t solve everything.

The Patriots may not have Rob Gronkowski this team around but they still have some serious talent to win down the middle. And when guys are wide open, it frankly doesn’t even matter who you have. Anyone can do damage.

One of the obvious games this problem was exploited came in 2015 against the Seattle Seahawks. For my money, the worst game Keith Butler has ever called. All day, Seattle ran four verticals against the Steelers’ Cover 3. It turned into a simple math problem. Four vertical routes to defend, only three players in coverage. Offense has won. Just a matter of finding the guy who is open.

You can read my entire article from the time breaking things down but here are a couple examples. 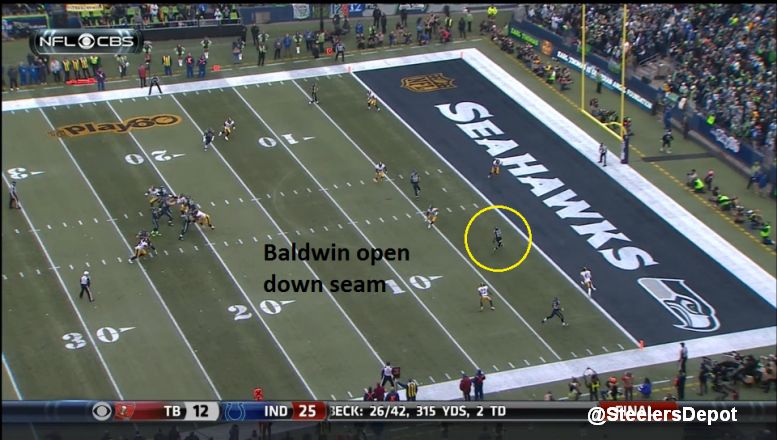 What about this year?

We’ve continued to see it be an issue. Against New England and Gronkowski, who hit this touchdown downfield against the Steelers’ split safety look (not Cover 3).

The issues don’t always result in big plays either. But far too often, I see seam runners get behind the coverage, completely lost by the secondary. And I’m waiting for the Steelers to get burned again.Like here against the Baltimore Ravens. Picture probably doesn’t show it well enough but #2 gets behind everyone. Safety could make a play but at about even depth and still in his pedal, it’s going to be tough to make a play on a good throw. 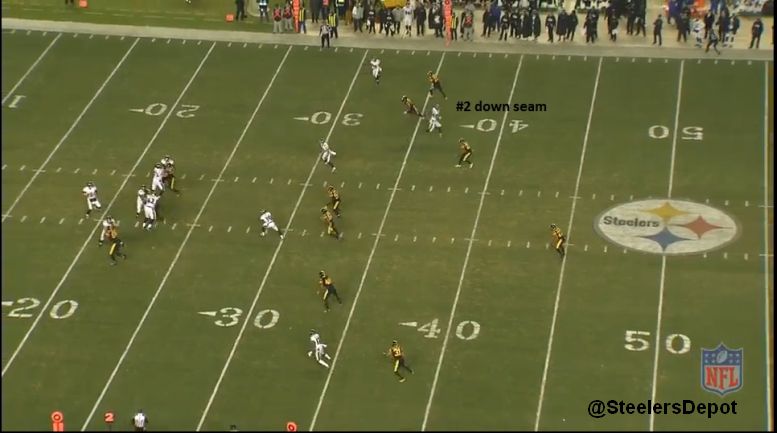 Or even last week, first pointed out by a Chiefs’ writer, of Tyreek Hill all alone down the seam. Luckily, Alex Smith left the pocket way too early, bailed to his right, and totally missed him.

Speaking pretty broadly about the issues here and we’re not going into a crazy deep dive about the reasons why. The Steelers still prefer to spot drop most of the time over pattern matching the opponent’s route tree. That leaves them more vulnerable to flood concepts or when they simply are outnumbered. The system is simplified, which helps guys like Artie Burns and Sean Davis greatly (Burns still struggles in non-Cover 2 schemes), but it makes things rigid, lacking some ability to change on the fly.

Now I’m not saying that all the issues shown above are a product of spot dropping. They aren’t. In that last one, it just looks like Davis got caught looking in the backfield. But either way, these are still mistakes, still issues, and something I fully expect New England to challenge Pittsburgh on Sunday night.