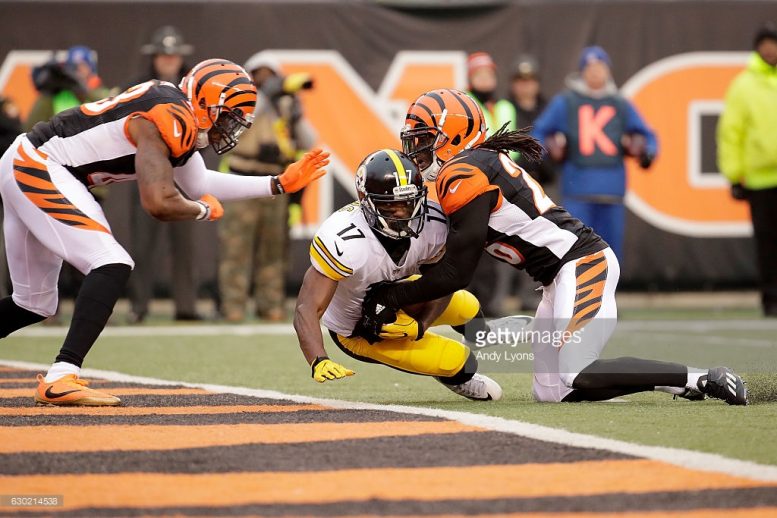 It’s his first playoff game. And Eli Rogers might have to steal the show. Let’s assume Ladarius Green misses Wild Card weekend against the Miami Dolphins. Being held out of practice today and earn an earnest comment from Mike Tomlin, saying that they didn’t “get what they want” out of him? Yeah, don’t expect him to play.

As much as a kick below the belt that is, it’s the playoffs, they’re the Steelers, so there’s no time wasted on crying about the situation. It’s moving forward and looking at who will fill those shoes. And expect it to rest on Rogers’ shoulders.

The Dolphins’ coverage scheme is similar to what the Cincinnati Bengals run. It’s no surprise. Miami’s defensive coordinator, Vance Joseph, was previously the DBs coach in Cincinnati. Lot of carryover scheme wise on tape.

What you get is a lot of two high safety looks. That’s what eliminated Antonio Brown in the first meeting. Man coverage underneath, take away the vertical threat with the safety. And they’re a well coached group. Even in straight zone coverage, their underneath defenders do a really good job of walling receivers off and funneling them to help over the top.

Bottom line, it’s hard to shake free. The one area that can be exploited is the middle of the field. That’s the weakness of split safety coverage. And that’s what Pittsburgh attacked in their Week 15 matchup against the Bengals with big plays from Green and Rogers.

Green’s final catch of the regular season, one that produced another concussion, came from him running down the seam against split safeties. Great throw, great catch, and a big-time play. 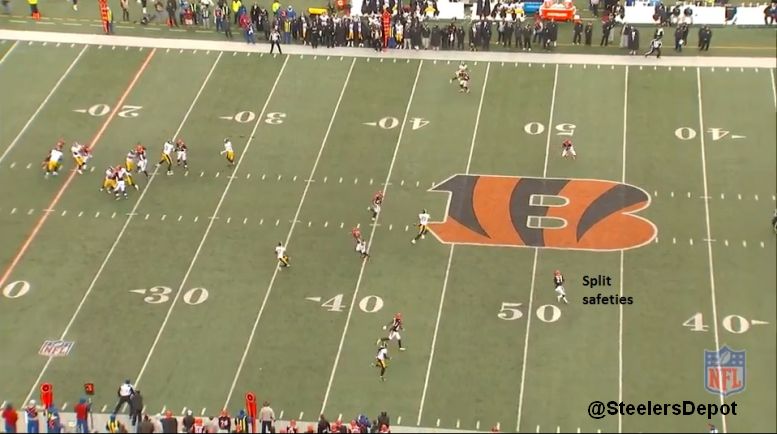 And your look at the whole thing. 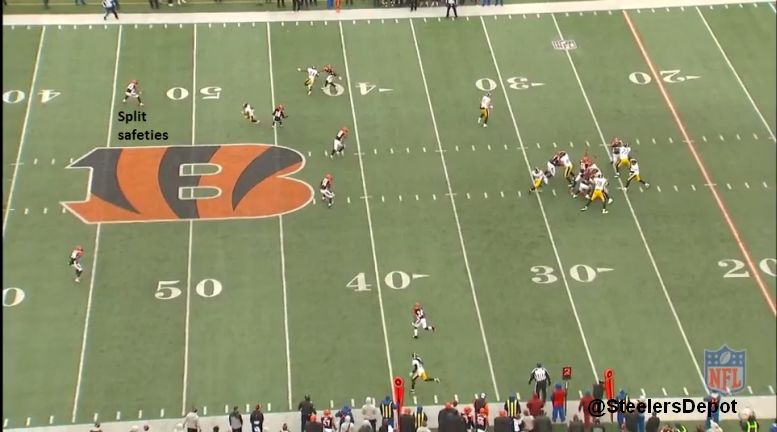 And similar happened on his game-winning touchdown, a 24 yard catch against 2 Man, a concept the Dolphins ran repeatedly against the Steelers and shut down their offense. We broke it down here but let’s look at it from the coaches film. 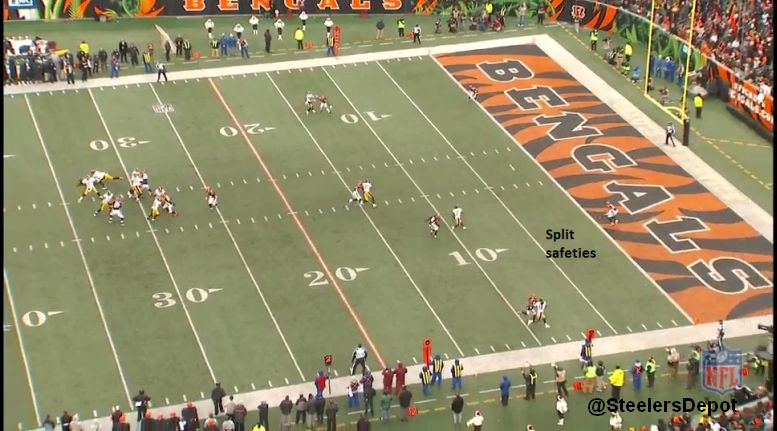 Same thing. Stem outside, hold the safety, this time shake the cornerback in man coverage underneath (trail technique), and create separation at the top of the route.

Green isn’t that shift, of course, but he is a big mismatch down the middle of the field. With him out, Rogers is the main threat and will have to step up in a big way. Look for Todd Haley to get creative with AB and get him in the slot, too. Something sorely missed from that first game. Go attack their nickel corner Bobby McCain. Go move the offense. Go win the game.