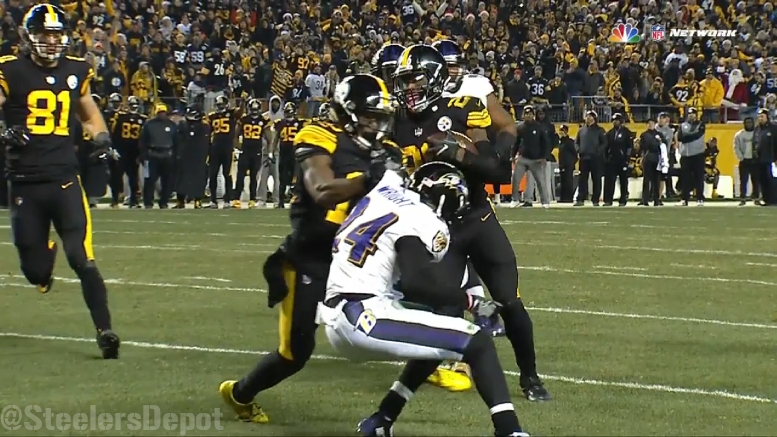 It wasn’t the plan to have Demarcus Ayers as an offensive contributor this year. Realistically, there really wasn’t even supposed to be room for him on the team. But opportunities presented itself for the rookie seventh-round draft pick, which resulted in him being called up from the practice squad, and he has been an active participant in the past three games.

Now, Wheaton has gone on injured reserve, and Coates is essentially just a kick returner now for the remainder of the season, most likely, until he can get his hand operated on, but the Steelers have five legitimate contributors at the wide receiver position, something that should not be taken for granted considering what they have been through.

Ask yourself what you would have been thinking back in March if you were told that the Steelers wouldn’t be getting anything during a playoff run out of Wheaton, Coates, and Martavis Bryant for that matter, and then reflect on how you feel about the Steelers’ current group of wide receivers who are contributing on a weekly basis. There’s probably a stark contrast in expectations.

Expectations have been raised for everybody, not the least of which for Ayers, who was one of only three players to catch more than one pass during Sunday’s game, which featured just 18 pass attempts from the Steelers that were not negated by penalty.

He has had a long journey from the draft until now, functioning as a contributor on a Super Bowl contender, but he has put in the work, and that includes having the right mentality—adhering to Mike Tomlin’s ‘the more you can do’ mantra. Not that that was anything new for him.

One of the things that was immediately noted when Ayers first started playing is that he was an active and willing participant in the blocking aspect of the game. He told Teresa Varley recently for the team’s website that he grew up watching Hines Ward, and I suspect that there is a correlation.

“I watched Hines a lot growing up”, he said, “all the plays he made here”. Ayers described Ward as a “similar guy, more weight than I had, but fiery, willing to get the job done at all costs. Guys like that changed the game for smaller receivers and showed [shorter] guys around the league…can dig down and show some toughness and heart”.

Ayers, whom offensive coordinator Todd Haley refers to as “a little pit bull”, said, that the blocking part of the game “gets me going”. “Either get hit or hit someone. My first play in the league, my mindset was to go get somebody. After that I got going. The physicality of the football game is one of the things I have always enjoyed”.