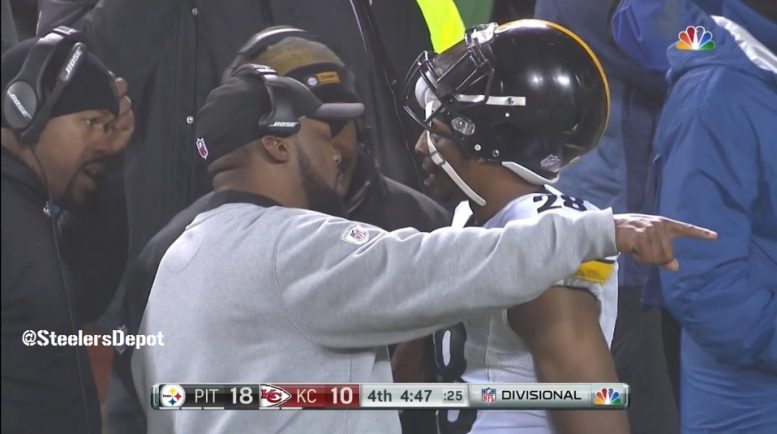 The Dolphins did a not-so-good job working through the standard concussion protocol a couple weeks back during their playoff loss to the Pittsburgh Steelers according to the league’s findings published yesterday, which we covered here. And they may not be the only team who meets the league’s admittedly rather toothless wrath over the handling of concussions after one of their players suffered a significant hit playing against Pittsburgh in the playoffs.

The NFLPA is now reviewing the Chiefs’ handling of the concussion protocol as it pertains to the hit that Sean Davis put on Kansas City wide receiver Chris Conley near the goal line in the fourth quarter of the Steelers’ victory in the Divisional Round.

Pro Football Talk writes that “it’s unclear if the NFL is also investigating the situation. The concussion protocol authorizes either or both parties to explore a potential violation”, those parties being the NFL and the NFLPA, for clarification.

The findings of the incident in the Dolphins game did not ever stipulate that quarterback Matt Moore had ever suffered a concussion, but rather that the concussion protocol had not been followed due to the fact that he was not taken to the locker room for further examination upon discovery of a sign of a potential concussion—in this case, bleeding in the mouth.

Like Moore, Conley only missed one play while being checked by the team and independent neurologists. Also like Moore, Conley stayed down on the field for a considerable amount of time before he ever made it to the sideline.

It was not claimed at the time nor since that the wide receiver had indeed suffered a concussion. But it would seem to be a fairly easy argument to make that he exhibited potential signs of a concussion while he was prone on the ground with a “vacant look” on his face.

Both Davis and Bud Dupree were fined for their hits on Conley and Moore, respectively, and were flagged for unnecessary roughness over the course of the game. Neither hit was performed with any sort of malice, but the rules are pretty clear as it pertains to the protections of defenseless players, and fines tend to follow along.

The Steelers still carry with them after all these years a reputation that precedes them of being a dirty team. Pretty much anybody that you ask who does not like the team will say that they are dirty. Even division rivals have levelled that accusation at them in defense of one of their own dirty players.

That doesn’t change the fact that we are dealing potentially with multiple issues of teams and independent neurologists not appropriately adhering to the concussion protocol. And if the NFLPA finds that it was appropriately adhered to, with Conley only missing one play, that in itself might be a cause for concern.