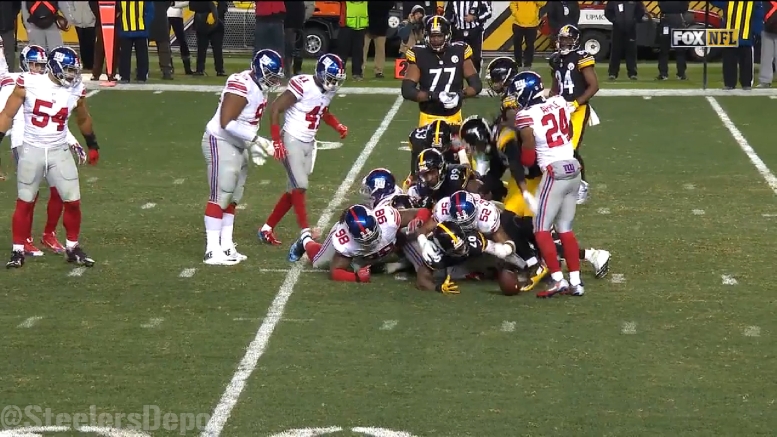 Pittsburgh Steelers running back Le’Veon Bell has fumbled four times in the last six games and during his Tuesday press conference, head coach Mike Tomlin addressed his most recent one that he had Sunday in the team’s win over the New York Giants. Tomlin characterized that fumble by Bell as being one of a few negative sequences of events that transpired during the second half of that game.

Tomlin was later asked if he sees Bell’s recent fumbles being more of a coincidence than anything else.

“I’m not over analyzing it at this point,” Tomlin said Tuesday. “Like I mentioned earlier, his large body of work, he’s done a great job of taking care of the ball over the course of his career. Not only here, but even dating back to college.

“And aside from the numbers, his approach, or his mentality, every time he takes the field he does so with that in mind with ball security being the quintessential element to him having a good day. So I’m not overly concerned about it.”

The fact that Bell has a long history of not being a fumbler is certainly a good reason for Tomlin to not be too concerned about his recent lack of ball security and hopefully he has no reason to address the issue any more for the rest of the season.