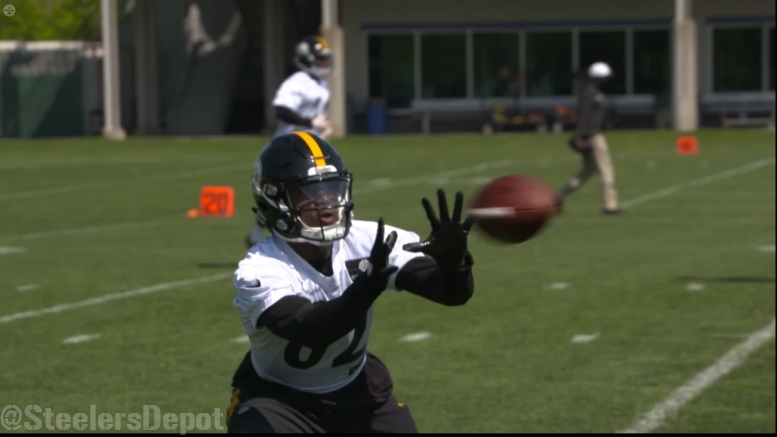 Now that Pittsburgh Steelers kicker Chris Boswell has overcome his abdomen injury, the team decided on Monday that they no longer needed kicker Randy Bullock on their 53-man roster. When Bullock was released, the open spot was filled by rookie wide receiver Demarcus Ayers, who has spent all season on the team’s practice squad. During his Tuesday press conference, Steelers head coach Mike Tomlin was asked about Ayers and what ultimately led to the decision to sign him off the practice squad.

“He’s done a nice job for us,” Tomlin said of Ayers, who was the Steelers last draft pick this year. “We had a spot there. We’ve been leaking a little bit at the receiver position; Hey-Bey’s [Darrius Heyward-Bey] been out for an extended period of time, Sammie Coates has been limited for an extended period of time. This is a young man that’s been a part of the program, we drafted him, he’s learned and worked hard on a daily basis, so it was appropriate under those circumstances.”

Even though the Steelers have now promoted Ayers to their 53-man roster, there’s no guarantee that he’ll be active on gamedays, at least initially. Tuesday, Tomlin was asked if Ayers might be used as a kick returner.

“He’s just on the 53” Tomlin said. “We hadn’t made any determinations about whether he gets a hat, or who gets a hat at this juncture, so I’d be speculating at this point.”

During his college career at Houston, Ayers caught 142 passes for 1,687 yards and 9 touchdowns over the course of three seasons. 98 of those receptions came during his final year. As a returner, Ayers had 34 punt returns for 312 yards and a touchdown in addition to 71 kickoff returns for 1,613 yards and a score.

Being as this is the time of year when other NFL teams like to rob the practice squads of others, it’s not overly surprising to see Ayers promoted to the Steelers 53-man roster. With that said, he’s unlikely to see the field much during the team’s final three regular season games barring injuries.