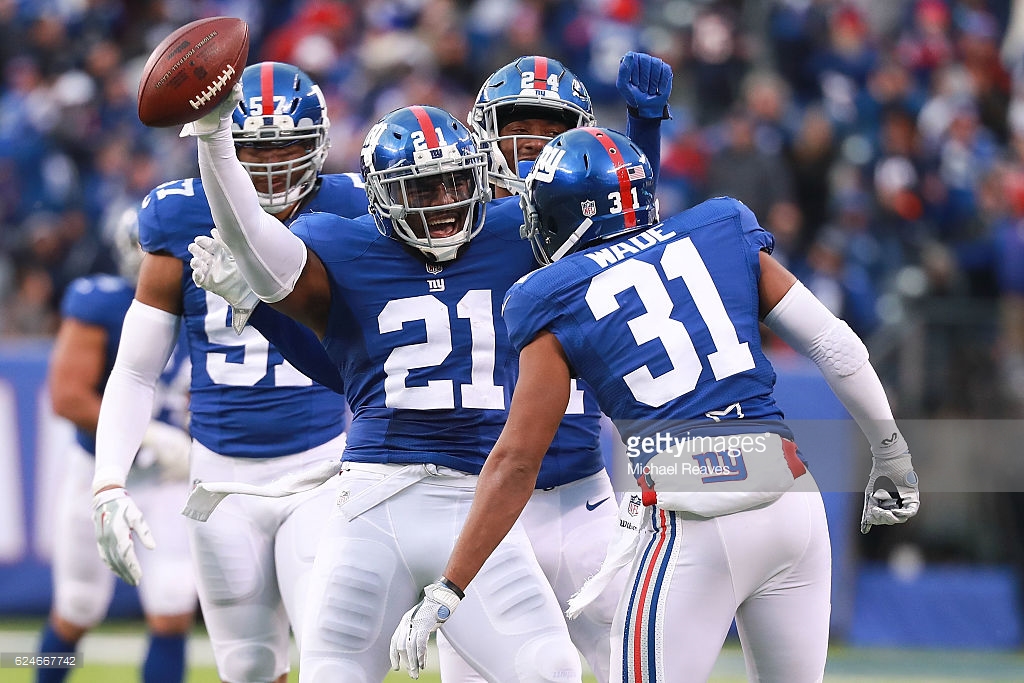 sA simple look at the yardage numbers may tell you the Steelers’ eighth-ranked passing offense should have an advantage against the New York Giants’ 24th-ranked pass defense, but there are a few things that might get overlooked.

The Giants defense has gotten stronger over the season, particularly in their secondary, and safety Landon Collins is emerging as a playmaker. The Giants’ 10 interceptions have all come from the defensive backfield, and Collins has five of them – including one for a touchdown in Week 7 against the Los Angeles Rams. Collins leads the team by a wide margin with 72 tackles and ranks third with three sacks. While Ben Roethlisberger and the Steelers are hoping to follow up a white-hot Thanksgiving win in Indianapolis, they will need to know where Collins is before the snap to keep that going.

During this Week 9 game against Philadelphia, Collins is lined up deep off the line of scrimmage and stacked over the two wide receivers near the boundary. When Carson Wentz gets pressured out of the pocket, Collins tracks the play and jumps the route in front of the underthrown pass for an interception.

What makes Collins dangerous is his ability to make plays both deep in the defensive backfield and at the line of scrimmage. He was drafted by the Giants in the second round out of Alabama with a reputation of tracking the ball well in open space and playing decisively against the run. New York traded three picks to the Tennessee Titans to take him with the 33rd overall selection, and he’s paying dividends already.

Late in the first half against Philly, Collins is lined up in the slot opposite Eagles tight end Zach Ertz. But at the snap Collins blitzes off the edge and gets to Wentz untouched for a sack. Collins’ ability to cover tight ends and slot receivers well downfield helps to mask his ability to make plays off the blitz, making him hard to account for in some sub packages. He’s also just as dangerous when he gets the ball in his hands.

Collins is playing in zone, taking the deep left half of the field. After a tipped pass off the hands of Tavon Austin, Collins reels it in for his second interception in that game. His first in that game also came off a tipped pass, and he returned it 44 yards for a touchdown.

In a game that could become a shootout between Roethlisberger and fellow 2004 1st round draft pick Eli Manning, mistakes must be limited by both teams if they hope to win. But for Roethlisberger, avoiding those mistakes could be just as simple as finding that no. 21 in the white jersey during his pre-snap reads.