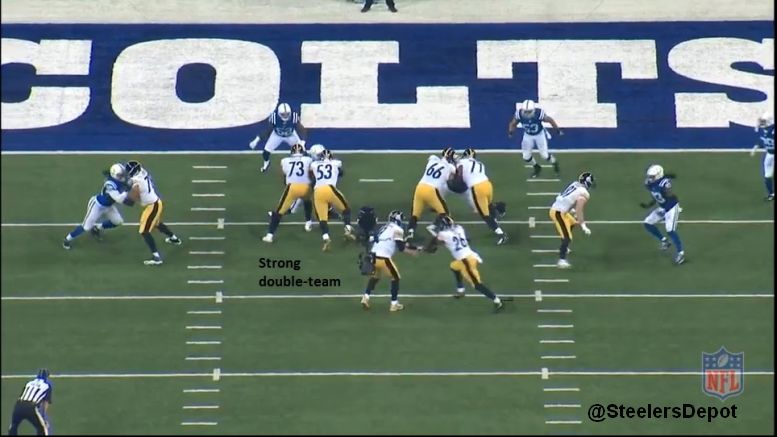 – When it works, it’s praised. When it doesn’t, you get killed. Lawrence Timmons carrying TY Hilton here and William Gay gets home on the blitz. 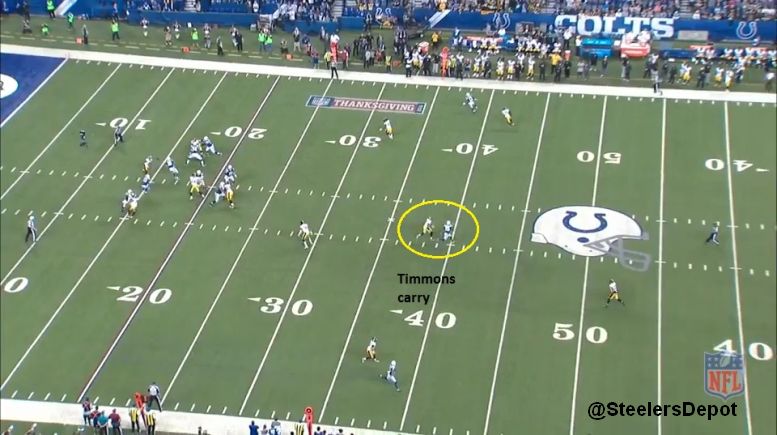 – Stunt 4-3! It’s been used a ton over the last month. Some slight variations. But cocked nose tackle. 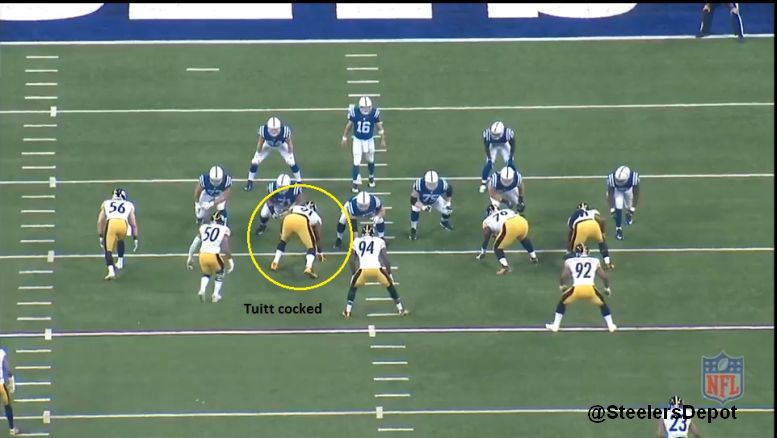 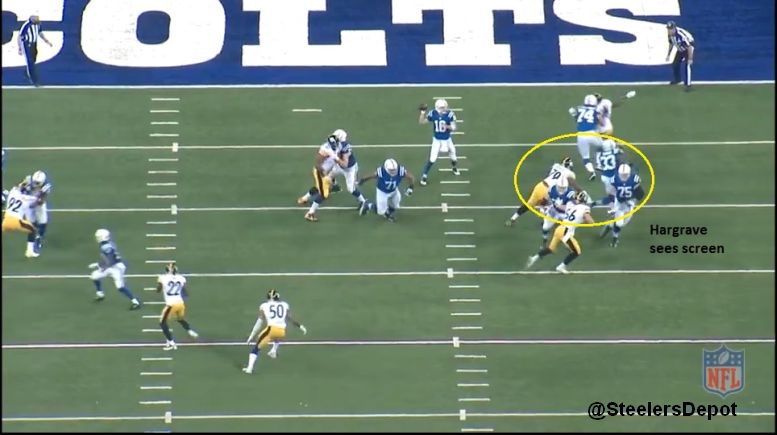 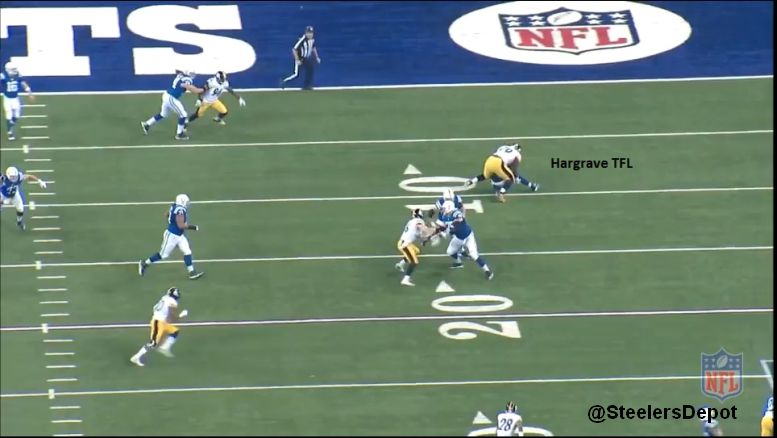 – Split zone with the fullback. Nice change up. And Nix with a strong cutblock on the backside EMOL. 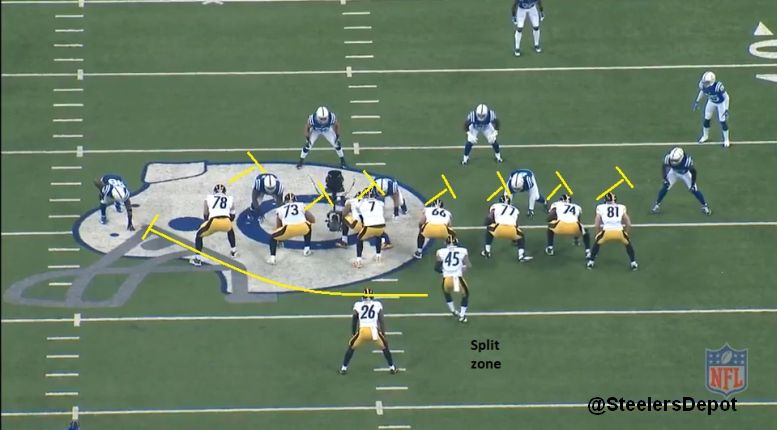 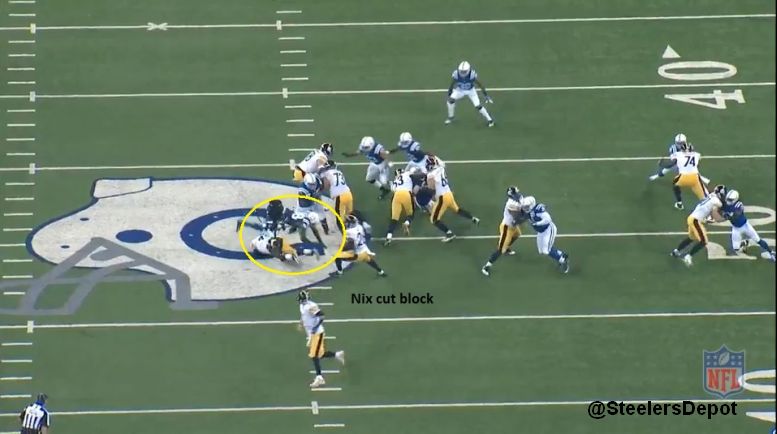 – Great break by Eli Rogers. 30 yard gain on third down. 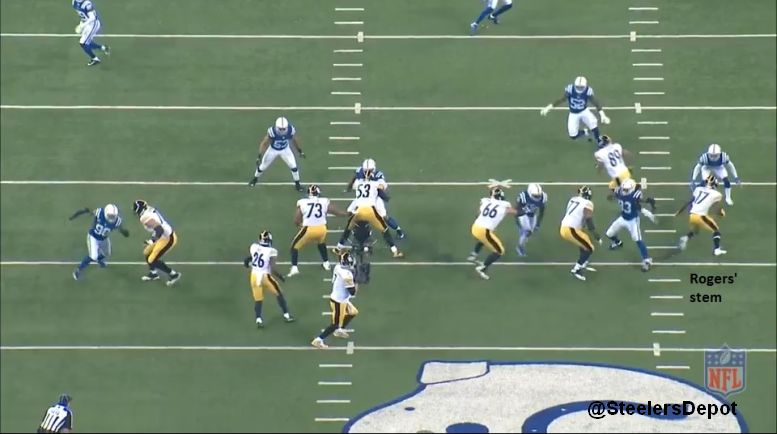 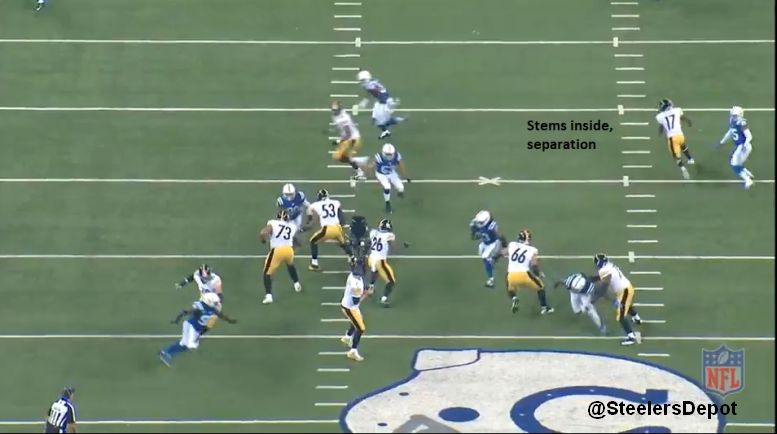 – Offensive line changing their splits on the Le’Veon Bell touchdown. Ramon Foster and Maurkice Pouncey tighten up so they can double-team the DT, then Foster climbs to the LB. 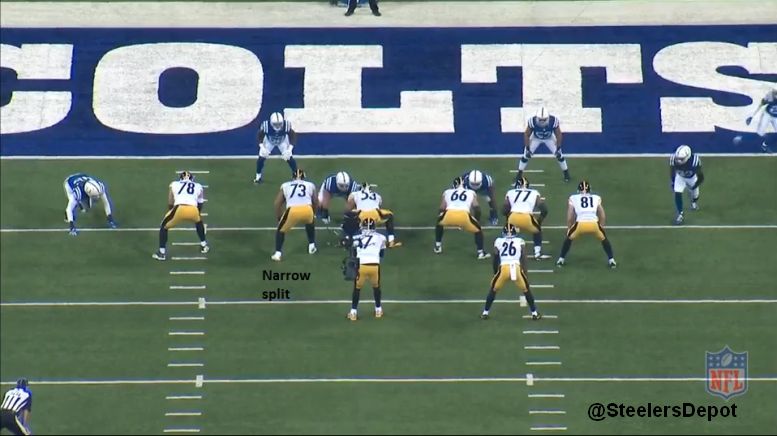 – Stephon Tuitt punched the right guard so hard it injured him. Nice.

– Example of power and leverage from Hargrave. Really good game. 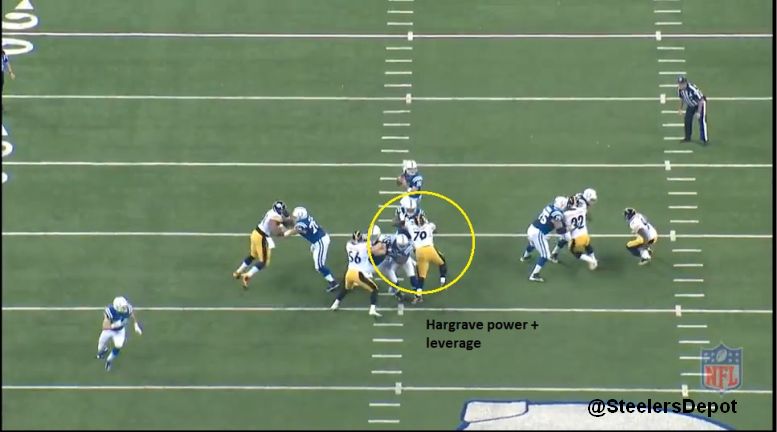 – Draw play. Use Marcus Gilbert on a pass set to influence the LDE, sending him upfield and creating a lane. 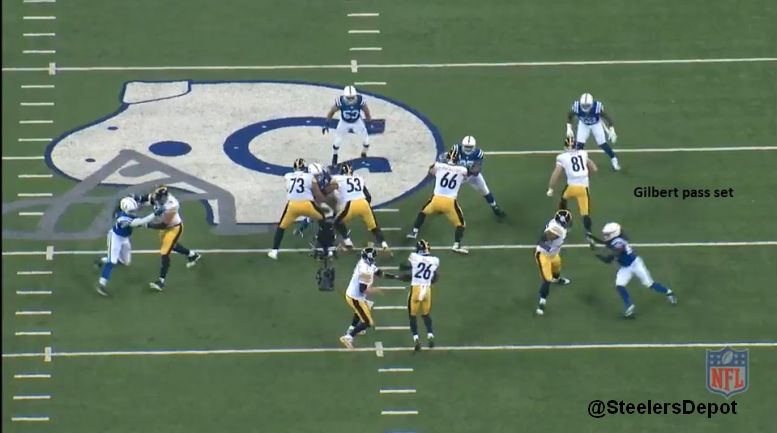 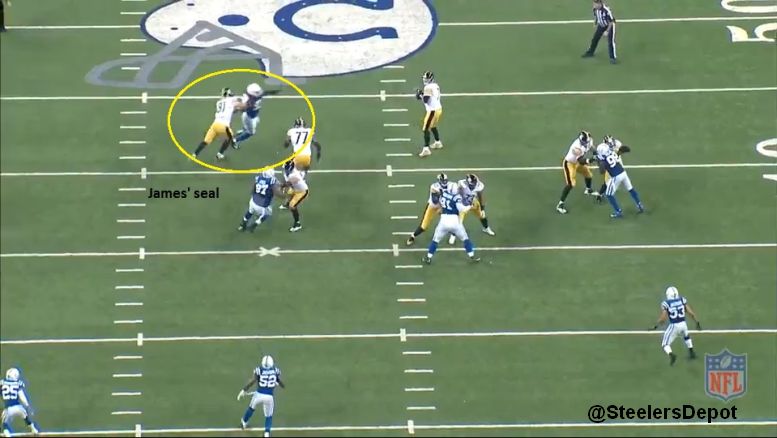 -Another great play by Hargrave. Quick, violent hands to swim over the center, back forced to pick him up. Ryan Shazier free on a green dog. 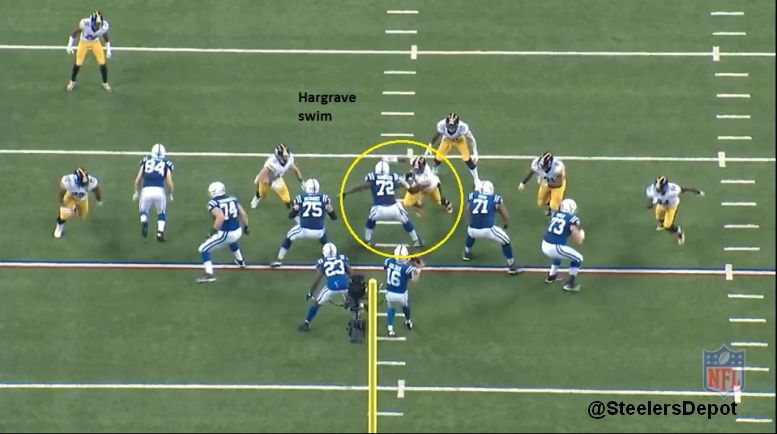 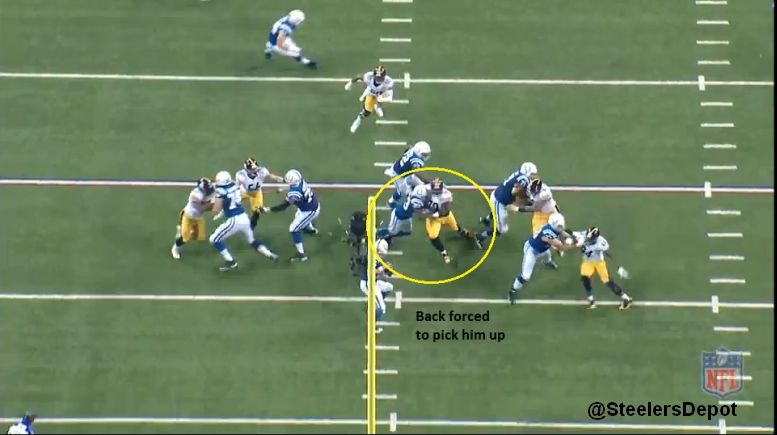 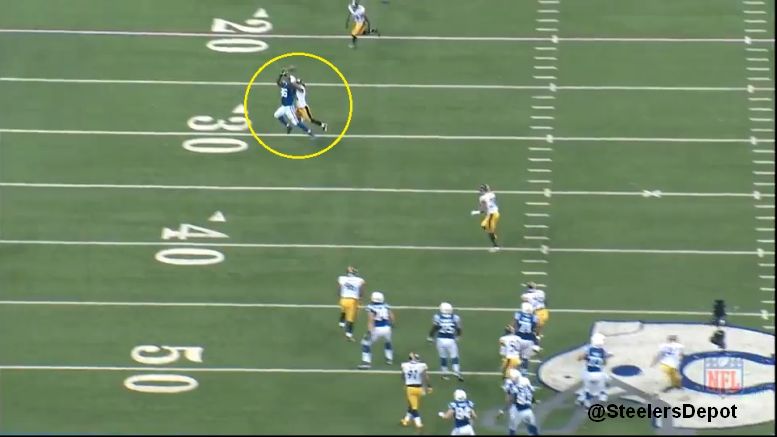 – Jarvis Jones nice job of cutting under the trap block on the goalline, stuffing the play. 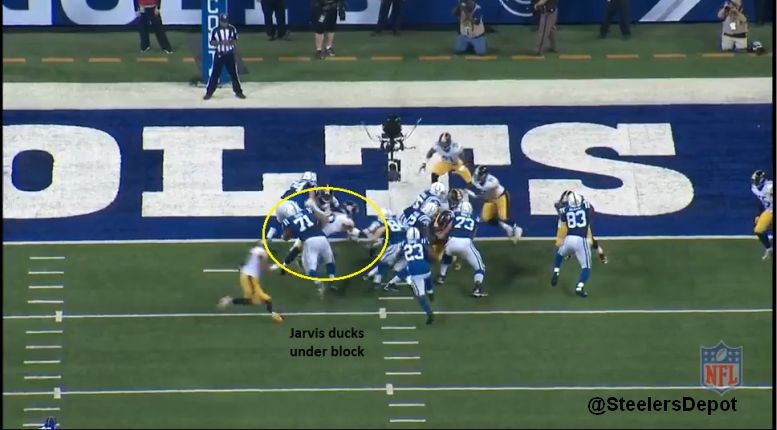 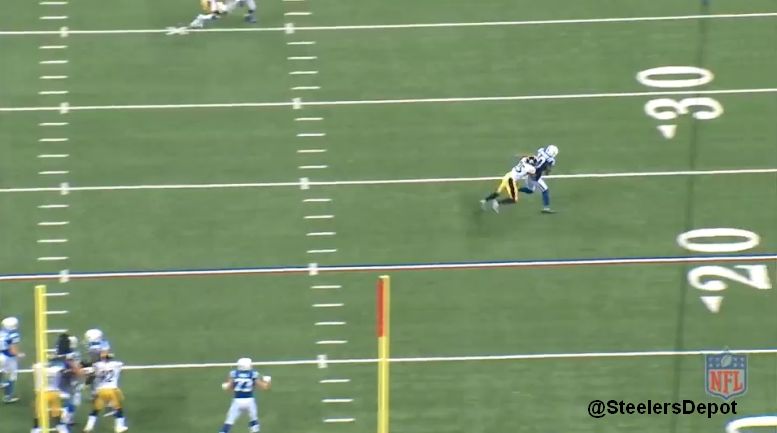 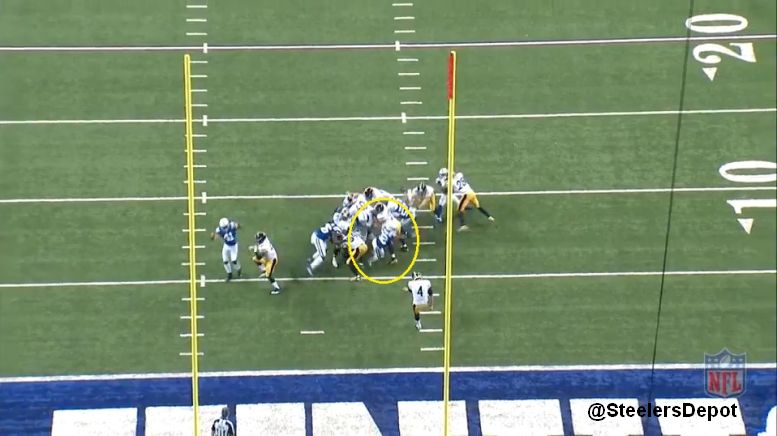 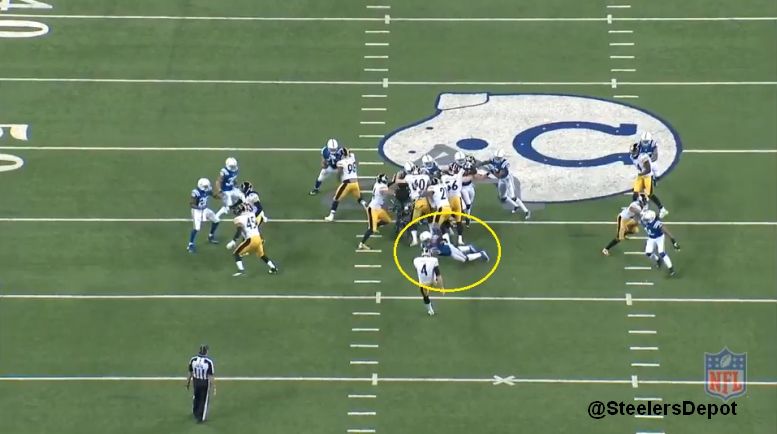 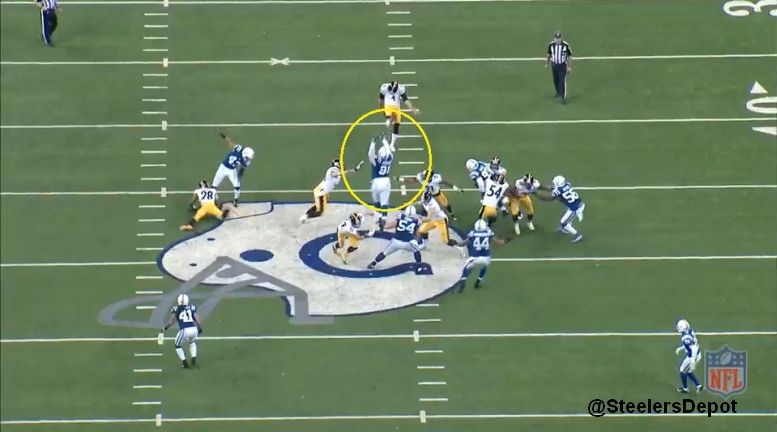 – End on a positive note. David DeCastro was mauling guys on his trap blocks. Cracking skulls. Really fun to watch.