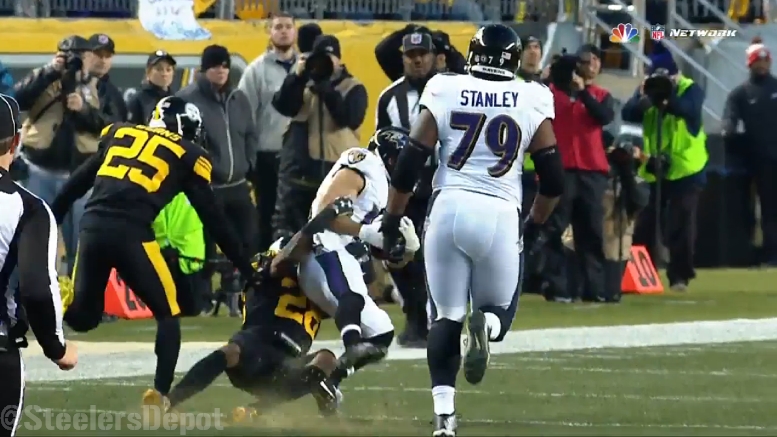 When it comes to playing for the Pittsburgh Steelers, cracking the starting lineup is by no means an easy thing to do. But for this 2016 unit, no fewer than three true rookie draft picks have cracked the starting lineup legitimately—that is to say, it is their job moving forward, and not because of circumstances.

To date, the Steelers have gotten 28 starts from their rookie draft class, all of them coming from their top three draft picks, and they should finish the season with 31 starts. That is not to say, of course, that others from the rookie draft class have not contributed as well, but to net three rookie starters from a class is a big deal—in Pittsburgh, anyway.

Third-round defensive tackle Javon Hargrave leads the way with 12 starts, currently, also missing one start due to a concussion. He was actually one of two rookies to crack the ‘starting’ lineup, though they sort of split responsibilities, as Hargrave was the nose tackle, who comes off the field for the nickel back.

The nickel back to start the season was actually Sean Davis, making a couple of starts there before emerging as the starting strong safety over the course of the past six games. He has hardly come off the field since he entered the starting lineup.

Finally, there is first-round cornerback Artie Burns, who entered the starting lineup following the bye week, and who has intercepted three passes since then, which leads the team. While he has had his ups and downs, I imagine most would agree that he has earned his place in the starting lineup, even if the team might have preferred the opportunity to give him a year of maturation.

The projected 31 starts from the rookie class would be the second-most starts by a group of rookies under Mike Tomlin behind only the 2013 season, which deserves some qualification, as Vince Williams was pressed into the starting lineup for 11 games due to injury, and at times played fewer than half the snaps as the Steelers used their quarter defense frequently that year. That was also Le’Veon Bell’s rookie season during which he started 13 games, and Jarvis Jones started eight.

2010 through 2012 were also ‘big’ years for rookie starters in Pittsburgh. 2010 brought in Maurkice Pouncey for 10 games, while Marcus Gilbert started 13 in 2011—and Weslye Saunders started six. The trio of David DeCastro, Mike Adams, and Kelvin Beachum started 14 games, and David Paulson started five, in 2012. While a lot of that was due to injury, DeCastro would have been a 16-game starter had he not gotten injured.

The Steelers got just 18 starts combined from rookies in Tomlin’s first three seasons, and 20 over the past two years, so finishing with 31 starts for a rookie class is notable in Pittsburgh—but it’s not around the league. In fact, they only have the 20th-most rookie starts in the league currently, with three teams having over 50 starts from rookies, and another four with at least 40.