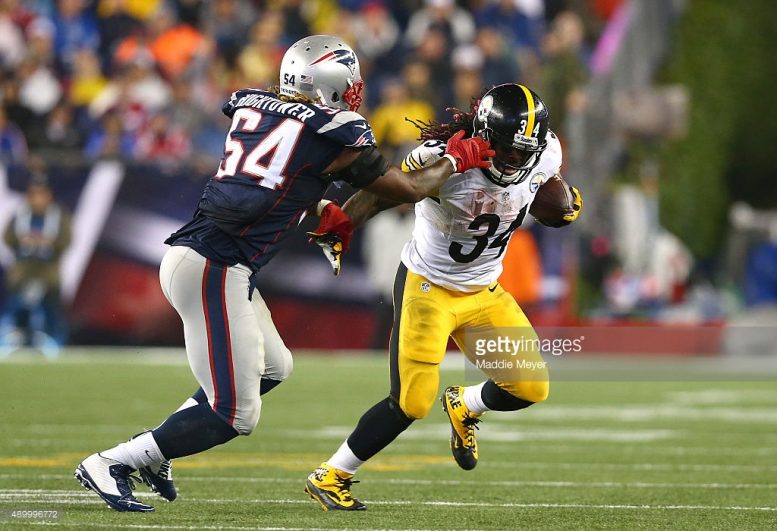 The Pittsburgh Steelers will hold starting running back Le’Veon Bell out of Sunday’s regular season finale against the Cleveland Browns to keep him healthy and fresh for a potential long playoff run. That likely means that his veteran backup, DeAngelo Williams, will get the start in Bell’s absence.

Williams is up to the task should that ultimately happen.

While Williams did play one snap during the Steelers Week 16 win over the Baltimore Ravens, it came on the final play of the game, a kneel-down by quarterback Ben Roethlisberger. Prior to that lone snap, Williams last action came in the Steelers Week 9 loss to the Ravens as he played just one snap in that contest as well.

While Williams probably doesn’t need to get many touches in Sunday’s game against the Browns, he does probably need a few to knock the rust off and show that the knee he had surgically repaired back in Week 10 is fully healed.

“It would help the coaches and the organization from the standpoint that I had surgery, I am coming back from surgery, this guy still has it,” said Williams. “It’s not like they lost belief in me, it’s just to reassure them I am still that same guy.”

With all the above noted, Williams needs to be healthy for the playoffs which is something he failed to accomplish last season. In the 2015 regular-season finale against the Browns, Williams suffered a foot injury that prevented him from playing during the Steelers two playoff games. Because of that, and with Bell also sidelined with his season-ending knee injury, the Steelers were forced to use running backs Fitzgerald Toussaint and Jordan Todman in their postseason games against the Cincinnati Bengals and Denver Broncos.

In summation, while Williams is likely to receive some playing time on Sunday against the Browns, look for Toussaint to get even more. Williams, by the way, is currently in the final year of his current contract with the Steelers.