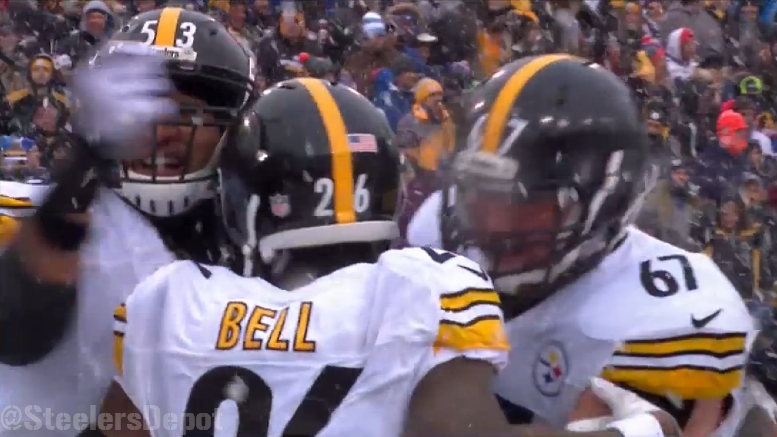 The Pittsburgh Steelers find themselves in a somewhat dubious position when it comes to the starting left guard spot at the moment. The team’s usual starter at the position, Ramon Foster, sat out last week’s game with a pectoral injury. The man who started in his place, first-year player B.J. Finney, is in the concussion protocol. So who starts if neither of them can go?

Well, that is not really a question, actually, as Chris Hubbard would get the start in the event of neither of them being able to go. That nearly happened earlier this season, in fact, in week four.

However, during the week of practice heading into the Kansas City game, Finney got his finger tied up in a facemask on Thursday, which forced him to leave the field. There was question about whether or not he would be able to play, initially, and Hubbard took his reps while absent, but he returned to practice the next day and played very well in his first career start.

He also played very well in his second start on Sunday, but it is currently unclear whether he or Foster will be ready to play against the Bengals later on down the road. Obviously, we will know more by the end of the week, but I certainly would not expect for either of them to practice today, with Finney obviously being an impossibility until he is able to clear the concussion protocol.

Assuming that Foster does not practice initially, that will give Hubbard the opportunity to get in some reps at left guard with the first-team offense in case he will have to be called upon to start at the position in Cincinnati on Sunday.

Hubbard, of course, had his own successful stint in the starting lineup earlier this season, as he replaced right tackle Marcus Gilbert for the three games leading into the bye week before the veteran right tackle was able to make it back into the lineup.

The former undrafted free agent has still been an active part of the offensive line since his stint as a starter, as he has been logging on average 15 to 20 snaps or so per game over the span of the past four games working as a tackle-eligible tight end, serving as an extra blocker.

Putting him into the starting lineup, if it comes to that, will, as a result, change their game plan, as they will likely be without their extra lineman as a blocker, unless they utilize Brian Mihalik in that role, the only other lineman on the roster. This week’s injury report could be an interesting ride.