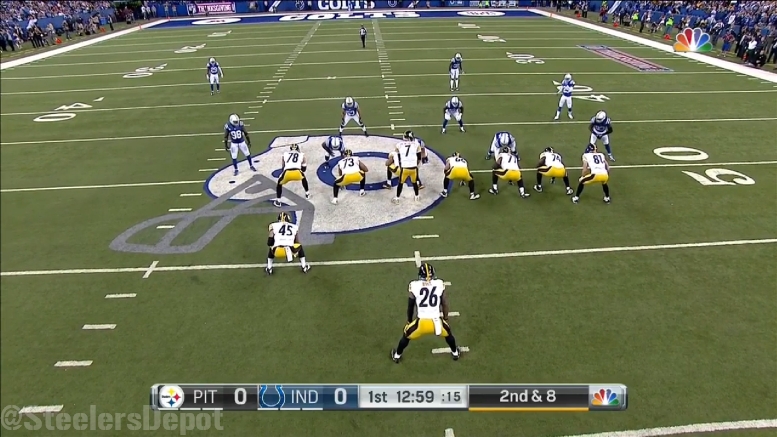 Even though he’s not a starter, Pittsburgh Steelers tackle Chris Hubbard still manages to see playing time on offense on a weekly basis as the former undrafted free agent has been used frequently as an extra lineman/blocking tight end. During his weekly interview on Steelers Nation Radio, Steelers offensive coordinator Todd Haley was asked to explain what makes Hubbard the perfect choice for that job

“He’s very athletic,” Haley told Bob Labriola. “He’s very smart, obviously, because he’s been at all of the positions, really, but the athleticism and he’s just really continued to improve ever since he got here. And when you have opportunities to put a bigger body in there at times for certain plays, were going to do whatever we have to.”

Hubbard, who was forced to start at right tackle in three games earlier in the season while fellow tackle Marcus Gilbert was sidelined with an ankle injury, has played over 30 offensive snaps since returning to his backup role back in Week 9. According to our charting from the last four games, when Hubbard has been on the field for running plays, running backs have averaged exactly 5 yards per carry.

Sunday, the Steelers will play a New York Giants defense that features a front-four that has been strong against the run so far this season. Because of that, it will be interesting to see if Hubbard winds up being used as an extra blocker on at least 10 offensive plays during the game. The Giants, by the way, have not allowed 100-yard rusher this season.

In case you’re curious, Hubbard is scheduled to be a restricted free agent at the end of the season and thus could ultimately receive a right of first refusal tender ahead of the start of the 2017 league year in March.