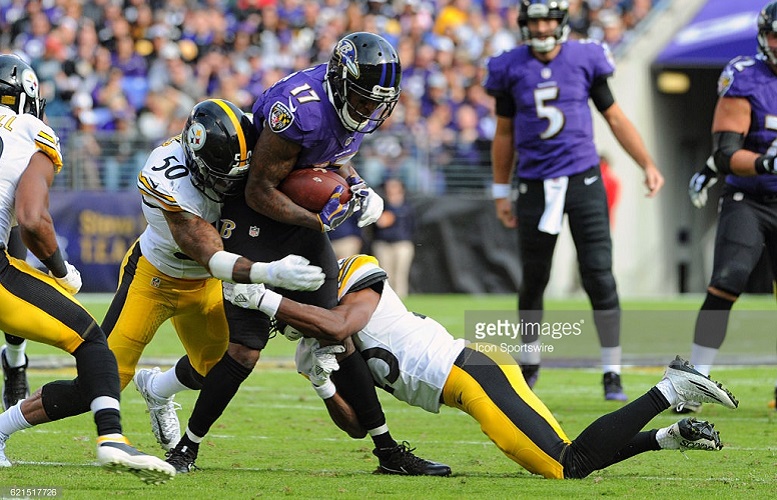 Over the course of the past five games, the Pittsburgh Steelers have been able to secure a victory in each, placing themselves now four games above the .500 mark. In doing so, in correspondence with the Baltimore Ravens’s 8-6 record, they have placed themselves in a position in which they now are dealing with, essentially, a one-game season.

Not that the Week 17 game at home against the Browns is bound to be meaningless, but the Steelers now know that they will not have to rely upon their final game to make the playoffs. They can ensure a playoff berth, as well as a home game in the opening round of the playoffs, simply by winning against the Ravens at Heinz Field on Sunday.

Because the Steelers enter the game already with a game in hand against the Ravens in the loss column, beating Baltimore would put them two games behind in the loss column, and, as should go without saying, they would only have one more game to try to make up that difference.

In other words, a Pittsburgh win will secure the AFC North title for the second time in the past three seasons, regardless of what transpires against the Browns in the following week. So it would be more than appropriate for them to lay everything out on the line for this one—as if that actually had to be suggested.

The Ravens had the luxury earlier this season of facing a wounded Ben Roethlisberger, playing in his first game since having surgery on his knee to repair meniscus damage that he suffered weeks earlier. Frankly, he played like he was injured, and, at the time, the running game was not where it needed to be, either, and so the offense as a whole floundered until late. And yet they still nearly came back in the end.

The Steelers that will take the field on Sunday are certainly a better team than the Steelers who faced the Ravens the first time around in Baltimore. They are healthier at key positions, and their identity on both sides of the ball has begun to gel late in the year.

The Ravens, of course, have a strong defense of their own, but their offense has also been performing better in recent weeks, so Pittsburgh’s crew will have their hands full, especially if Stephon Tuitt is not going to be able to play, or is hampered by injury.

It should be noted that the Steelers can very much lose this game. After all, they have a pretty well-documented history of losing to the Ravens when they shouldn’t, including two games last season. And if that happens, Week 17 will mean everything.

The easiest way for the Steelers to make it to the playoffs if they lose to the Ravens is simply to beat the Browns, and to have the Bengals beat the Ravens. Pittsburgh would then finish with a better record. Beyond that—let’s just say it gets complicated, as there are five other relevant teams in the AFC who currently have an 8-6 record or better.