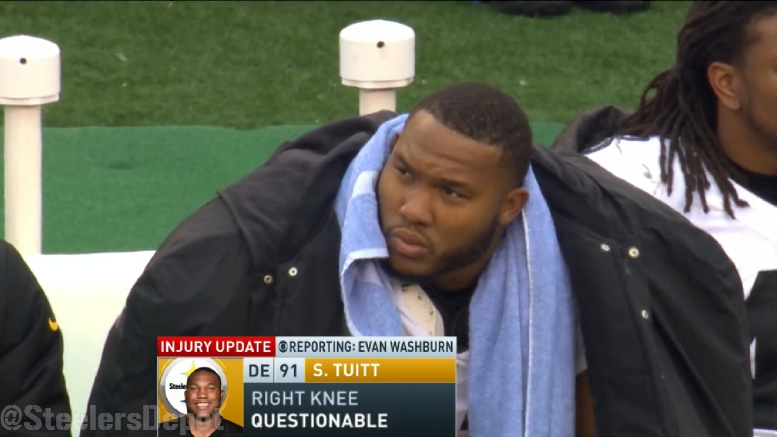 There was a long stretch during Sunday’s game in which the Pittsburgh Steelers had just three defensive linemen that they were able to put on the field. While they normally are inclined to dress only five defensive linemen under normal circumstances, since they placed Cameron Heyward on injured reserve, they only have five of them on the roster, with all of them now dressing.

And two of them went down at some point in time over the course of their last game on Sunday against the Bengals. In fact, they had to go all but three plays without their best defensive lineman, Stephon Tuitt, who leads all linemen on the team with four sacks. He was on en route to possibly his fifth when he suffered a knee injury on a pressure on the third play of the game.

That injury placed an inordinate burden on the Steelers’ depth, particularly Ricardo Mathews, who was already taking many of the snaps that were wiped out with Heyward’s injury. When Mathews went down over the course of the game, even more responsibility was placed on second-year lineman L.T. Walton, who I believe played a career-high in snaps against the Bengals.

All that Pittsburgh had left at that point was just Walton, nose tackle Daniel McCullers, and rookie starting nose tackle Javon Hargrave, who himself had just come back from missing a game due to a concussion. And how the Steelers are facing the prospect of entering their biggest game of the season without both of their stud defensive ends.

Should that come to pass, then, I think, it would be much more likely that they call up a defensive end from the practice squad to fill in for him than it was when the Steelers opted to go with just four defensive linemen the week before when Hargrave sat out.

Either way, there will be a lot of pressure placed on all four linemen—Hargrave, Mathews, Walton, and McCullers—to pick up the slack in facing a Ravens team that has become a better running team since the last time that they saw them.

It should be noted that there has been some optimism about Tuitt’s knee injury, even as early as after the game in the locker room, with his teammates expressing confidence that he would play against the Ravens.

More recently, there were reports yesterday that there was optimism in the organization about his knee. Tuitt got an MRI done on Monday, and a Tweet that he put out on social media later in the day was taken as a positive sign that it went well. ‘Well’, of course, doesn’t necessarily mean ‘well enough to play a football game in five days’, but we shall see.