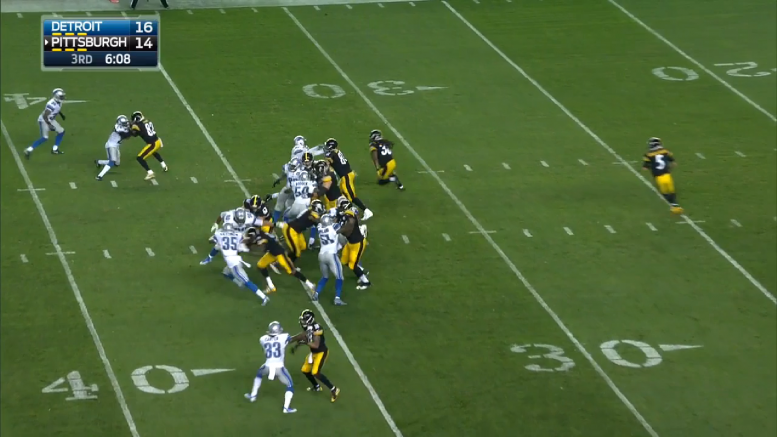 Question: Will Demarcus Ayers affect the Steelers’ game plan at all?

Earlier in the week, the Steelers called up rookie wide receiver Demarcus Ayers from the practice squad after spending the first 14 weeks of the season there. They evidently were prepared to call him up a couple of weeks ago, but suddenly had a kicker emergency and needed the roster spot.

So, instead, he had to wait. And the fact that they were able to wait would also seem to suggest that his role on the 53-man roster really isn’t all that important. He well, at least, dress, or so I assume, given the fact that they only have four wide receivers currently dressing, and one of those four is a virtual non-contributor at the moment.

Over the course of the past several weeks, however, the Steelers have begun to move away from relying heavily upon the 11 personnel formation. That is a logical move considering the three injuries at wide receiver that they have had to deal with, but could Ayers change that?

Aside from Antonio Brown, the contributing wide receivers for the bulk of the season have been Eli Rogers and Cobi Hamilton, neither of whom caught a pass prior to this season. Giving the offense a third option to mix and match in three-receiver sets may be conducive to using that personnel formation with a little more frequency—if they want to do that, which may well not be the case.

Might he at least rotate in and out with Rogers and Hamilton? While many have talked about him in the context of being a slot receiver, he has actually been taking reps from the flanker position in practice, which is a role that Sammie Coates often played while healthy.

Of course, there is another avenue through which he could affect the game plan. The seemingly number one reason that the Steelers drafted him in the first place was because their special teams coach viewed Ayers as the top punt returner in the entire draft. They tried Rogers back there, but settled back on Brown. Might they dabble with putting the rookie back there a time or two?