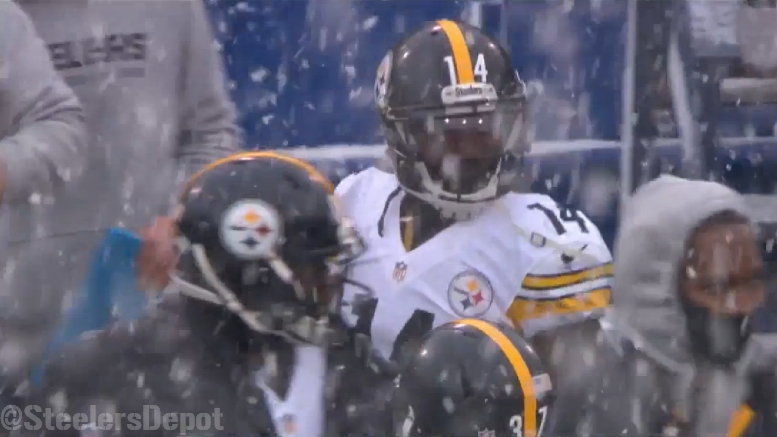 Question: Why is Sammie Coates still logging so many snaps on special teams?

While Steelers second-year wide receiver Sammie Coates has all but disappeared from the offensive side of the ball, he has become a regular presence on special teams, and while he does have some attributes that make him a capable contributor in that regard, it would seem that his services in that venue are doing the team more harm than good.

Which begs the question: why are the Steelers still feeding Coates so many snaps on special teams? What good is it doing to have him covering kicks and punts and trying to block for Antonio Brown on punt returns? It is certainly not doing his hand any favors, and lately, he hasn’t been doing Brown any favors.

It has been two weeks in a row now in which Coates has had a penalty on special teams. Last week, he was penalized for a facemask penalty while working as a jammer on the punt return team. On Sunday, it was just a run of the mill hold on a punt return that resulted in a 13-yard field position swing. I seem to recall that he may have had a false start on a special teams play in recent weeks as well, though don’t quote me on that.

While the penalties and general performance are one part of the equation—on kick returns, it has more often than not been Fitzgerald Toussaint fielding the ball anyway, leaving Coates to serve as a blocker instead of a runner—the bigger factor is that, in my view, his special teams duties are hindering his ability to make much headway with respect to his “busted hand”.

It seems that every week for the past several weeks we have been hearing reports that Coates is improving and “coming back” to them on offense, but then, on game day, he gets very few snaps, and if he gets any targets, he is unable to bring them in.

I’m not a doctor, nor do I play one on the internet, but I have a strong suspicion that trying to block people with broken fingers is not doing those fingers any good, and probably has an adverse effect on their ability to heal properly. How is he ever going to ‘come back’ to the offense if he only has one hand?