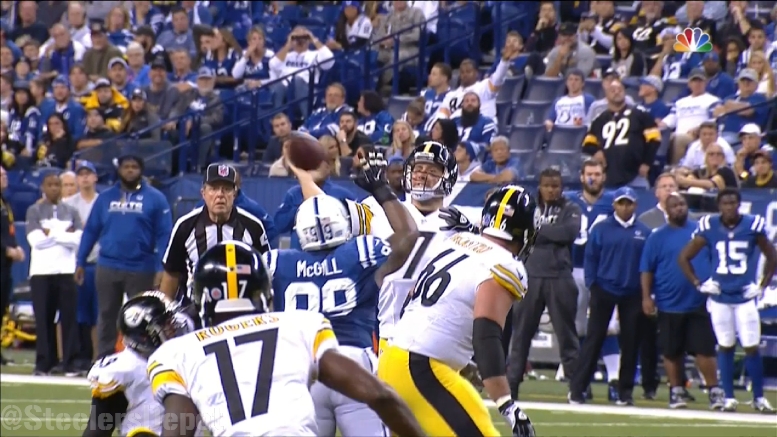 Question: Game Edition – Which Ben Roethlisberger will show up for the Steelers’ final road game of the regular season?

The Pittsburgh Steelers have one last trip outside of Pittsburgh to make before the regular season ends. It will kind of serve as a test to see how they fare on the road before they might be asked to take their act away from home in the playoffs, should they escape the first round, or end up squeaking through as a wildcard team as they did last year.

While there has been some Jekyll and Hyde with this team at most levels when it comes to playing on the road—giving up 34 points to the Eagles and 30 to the Dolphins versus just 16 in Washington or seven points in Indianapolis—I think the greatest contrast has been in Roethlisberger’s performance.

As I have touched on previously this week, the veteran quarterback’s numbers take a pretty good dip when he is away from Heinz Field this year. While he has played two more games on the road than at home, only eight of his 25 touchdowns have come in away games. Eight of his 11 interceptions, however, have come in those seven games.

While he is completing comfortably over 70 percent of his pass attempts at Heinz Field, he is slightly below 60 percent on the road. Other numbers bear out similar variances to make the point that he is clearly statistically better in 2016 when he has the luxury of playing at home.

Last week’s trip to Buffalo even showed that it can even be pressure-neutral, since he barely completed half of his pass attempts and threw three interceptions versus no touchdowns while taking no sacks and facing very little pressure.

While he has had a couple of strong games on the road this year, there is enough of a body of work of poor play, even discarding the Miami game in which he was injured, and the Baltimore game, which was his first back, to raise some concerns about how Roethlisberger might fare on the road in the playoffs, so a good final showing in the regular season might be somewhat comforting.