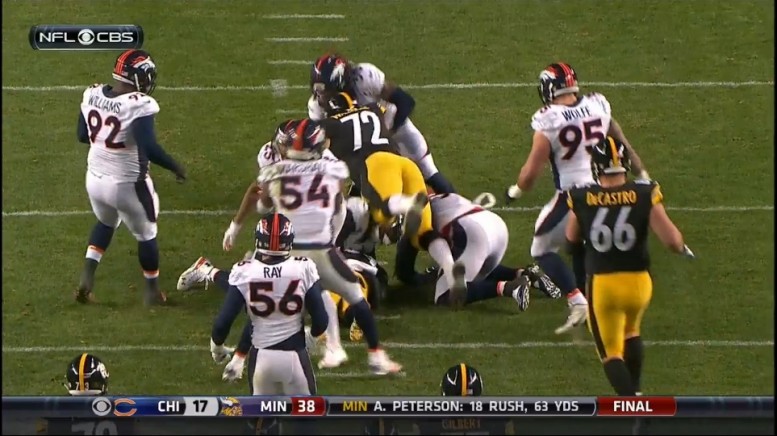 After various reports this week, it felt virtually certain Wallace would wind up on IR for the Steelers’ next roster move. He underwent surgery on his left knee that was unable to heal with rest. His season barely got off the ground, injuring himself in the preseason and only practicing one time since the regular season began. He foreshadowed his own move to IR earlier in the week in talking to Chris Adamski.

Talking to Cody Wallace, he strongly implied it appears inevitable he’ll be put on IR the next roster move that needs to be made (Ladarius?)

He is set to become a free agent after this season and may not be brought back.

Shabazz was promoted earlier this season and even saw a couple snaps against the New York Jets. It’s a strong sign William Gay will not play Sunday, a blow to the Steelers’ defense, and will end Gay’s streak of playing the last 151 regular season games. Shabazz’s main impact will be felt on special teams.

Artie Burns will start for Gay at right cornerback. It’s unclear who will play in the slot but it will likely wind up being rookie Sean Davis, who manned that role early in the season before being benched.