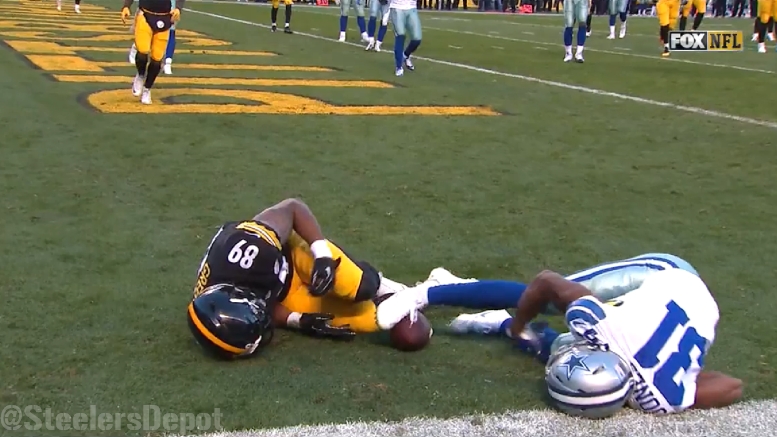 I already know what the comments section is going to look like at the end of this article as I write the opening sentence. I also know the variety of accusations that are going to be leveled at me for the view that I am about to express. But none of that really matters.

I don’t blame Pittsburgh Steelers head coach Mike Tomlin for going for a two-point conversion on any of the team’s four attempts against the Cowboys during their five-point loss on Sunday, and the fact that they failed to convert any of them has no bearing on whether or not they should have been attempted.

The reason for that starts simple with the fact that the Steelers have a history of running such plays successfully. With Ben Roethlisberger at quarterback last year, they successfully converted eight of 10 attempts during the 2015 season, the highest number of successful conversions in any single season in NFL history.

Tomlin has been running his Seven Shots exercise for a couple of years now, and it has helped both the offense and the defense in short-yardage and goal line situations, even if it might not always seem evident.

Last season, the Steelers adopted a two-point philosophy in which they used the two-point play as an aggressive, proactive measure, rather than as a defensive, reactive response. This is something that I wrote about last season after the team set the record for the most successful two-point conversions.

And the opening two-point conversion attempt was the perfect, textbook scenario in which to employ the aggressive two-point strategy. The Steelers, playing at home, were riding a three-game losing streak and going up against the best team in football.

They just got a big defensive turnover early in the game that set up a short field for a score. The momentum was a huge swing in their favor. Adding a two-point conversion to take an eight-point lead would have been a big statement.

It didn’t work, so they tried to get that point back after their second touchdown to make it 14 points. It’s a pretty reasonable strategy for a team that has converted two-point attempts well above 50 percent in Tomlin’s tenure. The likelihood of failing to make either attempt was low, and the reward greater than the risk.

You can debate about whether or not the aggressive approach is one that they should have taken—although you probably shouldn’t if you were on board with it last year—but I don’t think it would be fair to say that it was an unreasonable strategy to take, especially for a team with a history of being successful at it.