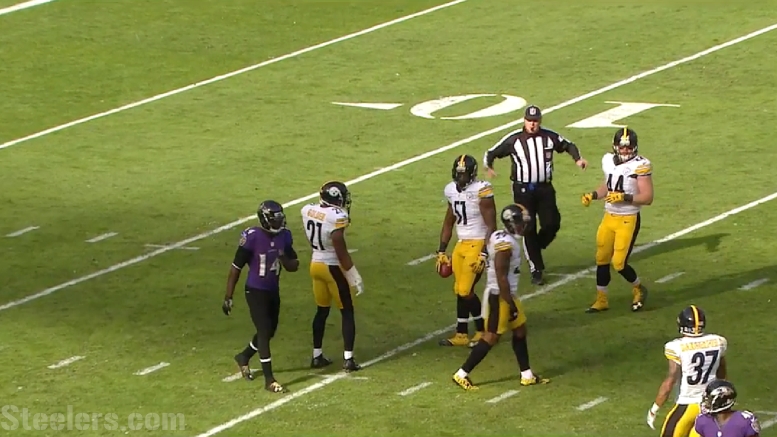 Over the course of the last several games, an interesting and potentially underrated development has happened at the inside linebacker position, and it’s not the one that I wrote about earlier today in the starting lineup. In fact, it’s at the bottom of the roster, and that could have some implications for the return of Bud Dupree, potentially, in two weeks.

But over the past month or so, the Steelers have had so many injuries to manage that their inactive list virtually prevented them the luxury of having healthy scratches, which meant that fifth-year free agent signing Steven Johnson has been consistently getting a helmet—and he has also been consistently producing and contributing.

The Steelers signed him in order to replace Terence Garvin, who was a four-phase special-teams player for them by the end of his three seasons here. After they passed up extending him a restricted free agent tender, he became an unrestricted free agent and signed with Washington, so he did see his old teammates on opening day.

Johnson actually did not make the initial 53-man roster in a roster-move finagling in which Dupree needed to be on the opening-day 53-man roster to be eligible to return from injured reserve, but then the fact that he was on the inactive list clearly showed him to be on the bottom of the totem pole.

But he quickly racked up six special teams tackles and forced a fumble in a few games, and has now made Fort the healthy scratch from the inside linebacker position. That, plus his remaining practice squad eligibility, makes him vulnerable to being the victim of a roster move in order to bring Dupree back to the 53-man roster.

On Sunday, Johnson didn’t see any time on defense, but he did play 28 snaps on special teams, which accounts for 80 percent of the Steelers’ special teams snaps, and shows that he is now being used as a four-phase player—as, it is worth noting, is Tyler Matakevich, who also played 28 snaps.

Johnson did not register any tackles in the game, but he was responsible for downing a pair of punts, and it should be noted that almost all of the Steelers’ punts during the game were either downed, kicked out of bounds, fair caught, or blocked.

It appears to be proof positive that production will be rewarded, to see Johnson now playing on special teams, active over Fort, after earning his keep. One wonders if the initial leaning toward Fort had to do with the Steelers needing to develop a level of comfort with Matakevich, who has now had a couple of appearances on defense.