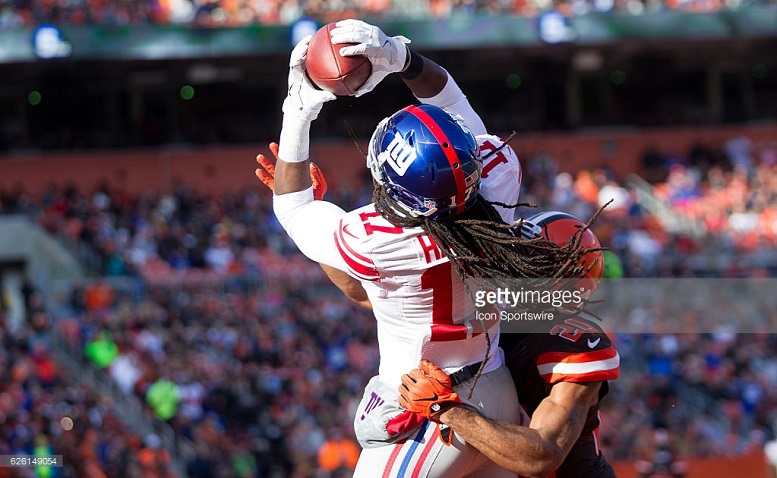 During his Tuesday press conference, Steelers heads coach Mike Tomlin made sure to talk about Harris when going over the Giants special teams play so far this season.

“They’ve got a return guy in Harris that we have a great deal of respect for, we looked at in free agency,” Tomlin said. “Former Dallas Cowboy. He provided an offensive splash play for them in the red zone touchdown last week. He’s a dangerous return man.”

It’s interesting that Tomlin noted that the Steelers had interest in signing Harris in 2015, but that interest couldn’t have been very serious based on what he eventually signed for. Harris, who entered the NFL in 2011 as a sixth-round draft pick of the Dallas Cowboys, signed a five-year, $17.5 million free agent contract with the Giants in March of 2015.

While wide receiver is Harris’ natural offensive position, he only has one reception so far this season for 13 yards. That lone reception, however, as Tomlin pointed out on Tuesday, resulted in a touchdown in the Giants game this past Sunday against the Cleveland Browns.

The Steelers could get injured safety Shamarko Thomas back this week for their game against the Giants and that could help when it comes to limiting the return effectiveness of Harris. Tomlin said Tuesday that Thomas is one of two key special teams players the Steelers have missed the last several week due to injuries.

“We’ve got two significant special teams contributors in Darrius Heyward-Bey and Shamarko Thomas that have missed time in recent weeks and we’ve felt the result of that,” Tomlin said Tuesday. One man’s misfortune is another man’s opportunity. We’ve been giving guys an opportunity to step up and answer the bell if you will and with mixed results. So, it may include us giving others an opportunity. Hopefully, maybe we get Shamarko back. We’re going to let participation be our guide in terms of his inclusion in our plan this week in that area.”