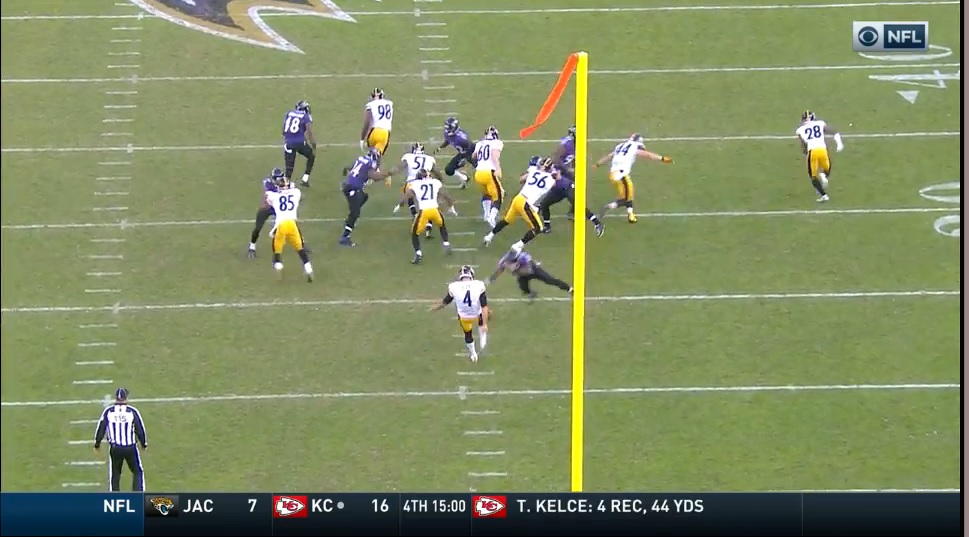 – The 21-14 scores looks semi-respectable on paper but the Pittsburgh Steelers were held scoreless through the first three quarters. First time that’s happened since their 3-0 win over the Miami Dolphins in 2007.

It’s their worst through-three-quarters output in a loss since 2006, when they were shutout in a 27-0 loss to the…Baltimore Ravens.

– This is the first one-possession regular season game the Steelers have been involved in since Week 15 of last year. Also against Baltimore, a 20-17 loss.

– Le’Veon Bell’s 32 yards rushing was the fourth fewest of his NFL career. He had just one run longer than four yards, the 3rd and 2 draw near the end of the game.

– Statistically, this was the second best game of Eli Rogers football career, college or NFL. Only one better is a 7 grab, 106 yard game in his freshman season at Louisville.

– Sammie Coates is the first receiver in the NFL to go catchless on a game with at least five targets since Amari Cooper last December. So first dude this year.

No Steelers receiver has gone 0/5 since Will Blackwell in 1999.

– A Steelers’ defensive back had an interception today, breaking their longest streak to begin a year of seven games. Truly a miracle.

– The Ravens 95 yard TD was the first one allowed by the Steelers since Earl Morrall found Homer Jones for 98 yards back on September 11th, 1966.

A list of 95+ yard offensive touchdowns allowed by the Steelers in franchise history.

If you’re wondering, Terrelle Pryor’s touchdown was only 93 yards.

– And finally, the Steelers had their first blocked punt touchdown against them since 1988, when Harry Newsome’s punt was rejected against the Cleveland Browns. DB Frank Minnifield returned it for the score.