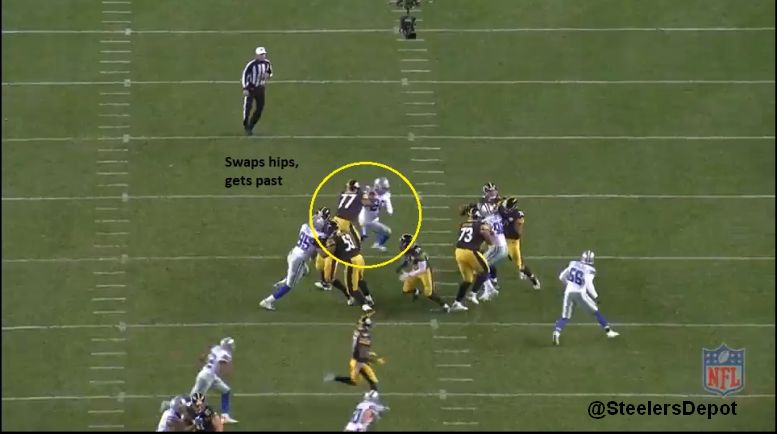 Just one of these to talk about today.

Cowboys drop seven and run Cover 1. There’s nothing open for Ben Roethlisberger, who does look for Antonio Brown at the last moment, though he’s covered up pretty well too, but can’t get the ball out before being taken down. 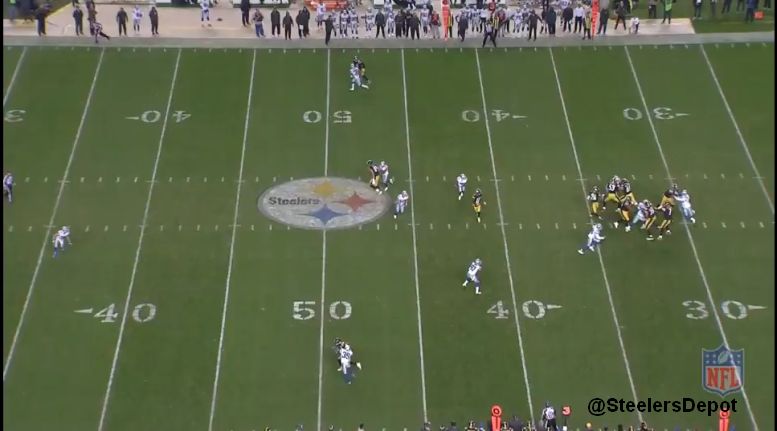 It’s LDE Demarcus Lawrence who gets the sack on Roethlisberger. Working against RT Marcus Gilbert, he’s able to rip under and past him.

Gilbert isn’t getting as much depth as normal because Ben’s depth is pretty shallow, only a three step drop out of the gun. That change the usual junction point the spot where the defender will look to turn to the quarterback based on the drop. 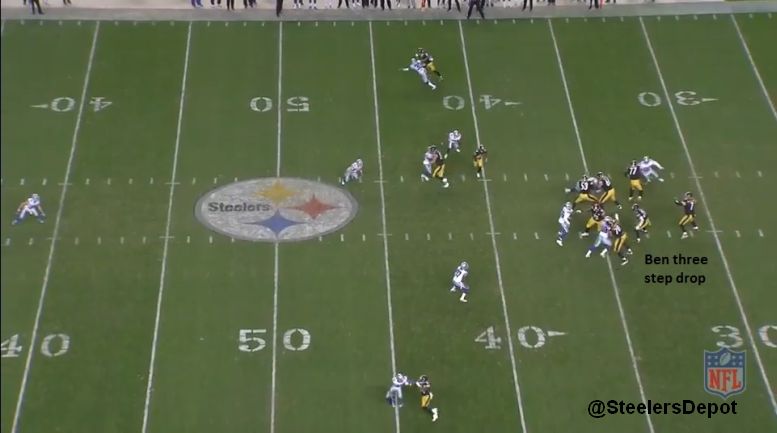 Gilbert may have underestimated that spot, however. Lawrence is able to use a one-arm stab to create space and then does a great job to corner and rip past. Gilbert is never able to get into Lawrence’s body and the end makes quick work of him. 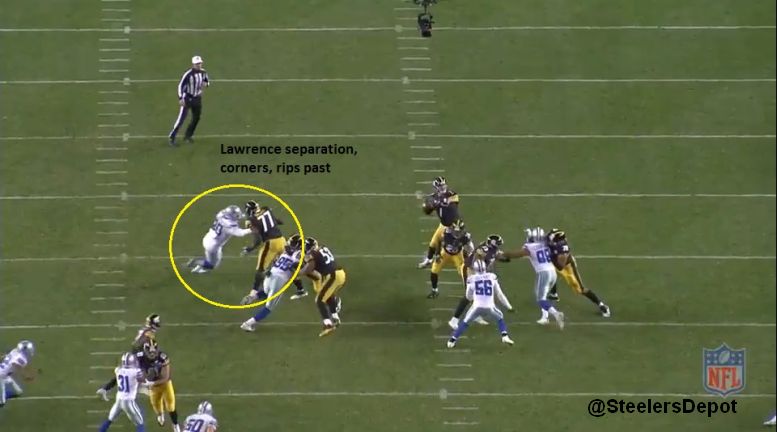 To the other side, the Cowboys run a game, a T/E stunt, which is pretty common for them. It’s not picked up very well, the crasher splitting Alejandro Villanueva and Ramon Foster while the looper, #56, comes in free. That muddies the pocket for Ben and presents pressure in his face, not letting him take off if he ever thought about it. 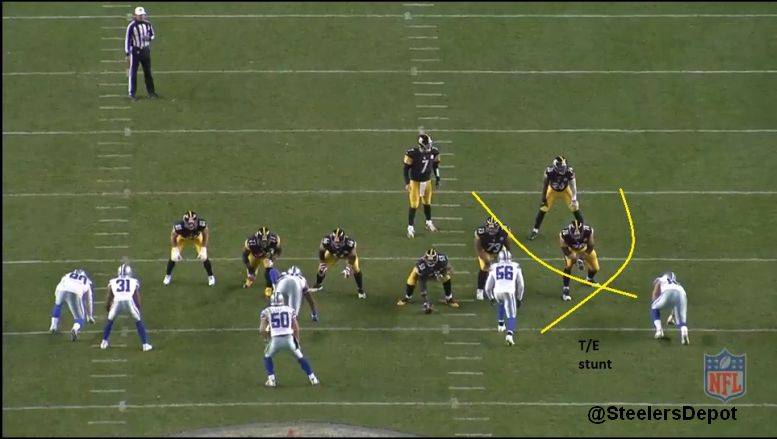 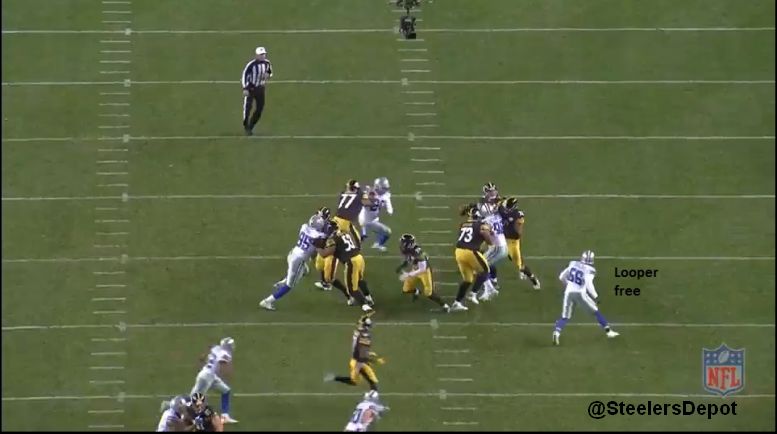 While I tip my cap to the Cowboys, and there are some problems on the Steelers’ left side, but Gilbert gets smoked pretty bad here. So the blame will go to him.