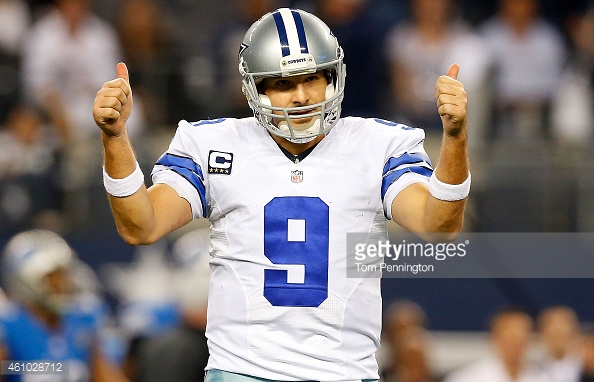 The Dallas Cowboys have been downplaying their decision for weeks. But now, it’s going to smack them in the face. Tony Romo looks healthy to play this week.

Jerry Jones has waffled on his choice as Prescott continues his stellar play, leading the Cowboys to a 7-1 record. Via the Dallas Morning News.

“We’re going to play it by ear, play it as it comes. We can do that. To do it really right for the advantage of the team, which we deserve, [Romo’s] got to really be ready to go at the top of his game.”

Early indications from media around the league indicate Prescott will get the nod this week. This tweet was just sent out by NFL Network’s Ian Rapoport.

Would be a major surprise if it's not. https://t.co/TufYCNqEeb

He also says Romo will get work as the scout team quarterback this week.

#Cowboys coach Jason Garrett says Tony Romo will get scout team reps today, generally the reps of a QB unlikely to be active on Sunday.

Prescott has completed over 66% of his passes, and thrown 12 touchdowns to just two interceptions. His numbers on the road are even better than at home, completing 72%, throwing eight touchdowns, and just one pick. It’s difficult to imagine the team will turn away from their hot-shot rookie this week, though the Cowboys may keep things vague to make the Steelers prepare for both.

If Prescott does indeed start, the Steelers will look to avoid losing to two rookie quarterbacks in the same season. Carson Wentz and the Philadelphia Eagles beat Pittsburgh in Week Three.