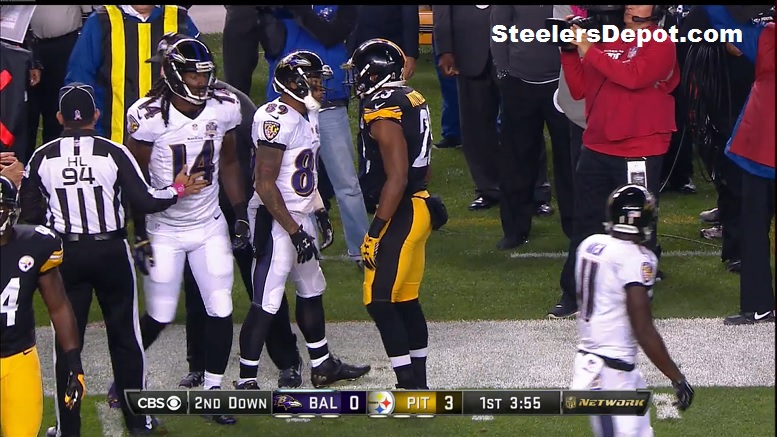 By the sound of things early Sunday morning, Baltimore Ravens wide receiver Steve Smith Sr. will play Sunday against the Pittsburgh Steelers after missing the last two games with an ankle injury.

Smith, who was officially listed as questionable for Sunday’s game on the Ravens injury report, practiced fully on Friday after being limited on Thursday.

Sunday morning, Smith took to Twitter and gave every indication that he would be playing Sunday against the Steelers

According to Aditi Kinkhabwala of the NFL Network, Smith is expected to work out an hour before the Ravens inactives due. She was told that the team was planning Saturday night as if he will play.

Should Smith ultimately wind up playing, it will certainly be interesting to see how he interacts with Steelers safety Mike Mitchell when the two players are on the field. Last season, Smith indicated that Mitchell would be on his “hit list” in 2016 due to the way he acted when he was hit in the back by Steelers linebacker Lawrence Timmons during a game last season between the two teams. The hit knocked smith out of the game.

After that game was over, Smith initially accused Mitchell of spearing him in the back before he was told it was actually Timmons that delivered the hit along the sideline. Once corrected, smith continued to stand by his original “hit list” comments due to Mitchell’s actions toward him immediately following the hit in question.

Smith enters Sunday having caught 27 passes for 310 yards and a touchdown so far this season.

Steve Smith is expected to work out an hour before inactives due. Told #Ravens O staff was planning last night as if it will have him