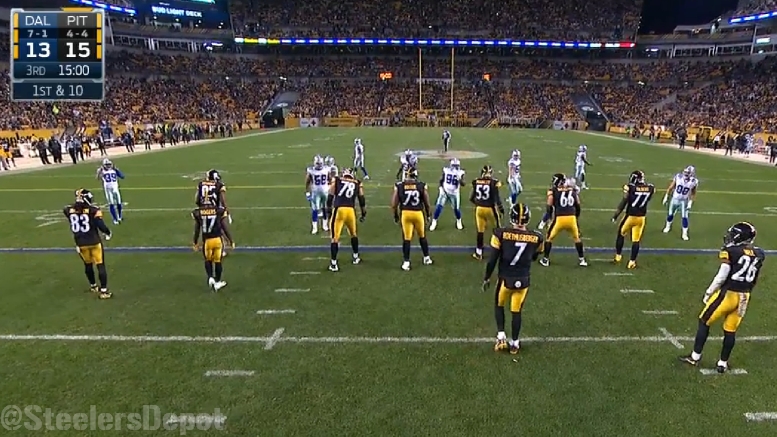 While there has been plenty of negativity to go around for long stretches of the season lately for the Pittsburgh Steelers—something that simply comes with the territory in the event of a prolonged losing streak—I think it should go without saying that things have not been all bad, and in fact, there have been many developments this year that are notable.

I think one facet of the team that has really been flying under the radar this year is the fact that the pass protection has, for the most part, been very, very good, and better than should be expected. While there are nuances to any discussion, I think that sacks are always a relatively safe barometer for measuring success over a long period of time.

To date, through 11 games, the Steelers have only allowed 14 sacks, and are only on pace to allow 20 sacks over the course of the entire season. This is simply building off of recent improvement, although there is an obvious caveat I’m going to point out before somebody else in the comments section does it for me.

It has been a bit of a paradox that, over the late stages of Ben Roethlisberger’s career, as the offensive line has grown and the offense has been more geared toward protecting him in the scheme, he has still managed to get dinged in notable fashion.

He has missed games due to injury in three of his five seasons under Todd Haley, in spite of the fact that he has taken appreciably fewer sacks, and hits in general. So simply taking fewer sacks is never going to be a foolproof answer to a healthier quarterback.

But the Steelers do deserve some credit for the work they have put in in pass protection. Only two teams in the league have given up fewer than 14 sacks so far, and both of them have roughly 40 fewer pass attempts.

The bottom line is that the offensive line has, for the most part, been very good about keeping Roethlisberger upright this season. He has not even been sacked in the past two games, and the team did not allow Landry Jones to be sacked either against the Patriots.

The only game in which the Steelers surrendered more than two sacks was the loss to the Eagles, a game in which virtually nothing went right, and which included the loss of a starting lineman. In fact, the team has gotten several starts from backup linemen, and none of them have given up a sacks in those games. it’s important for a unit not to miss a beat when one link in the chain is compromised.

Pittsburgh’s next opponent will be the Giants. While they do have a good defense overall and have been able to take the ball away in addition, what they haven’t had is a consistent strategy of getting the quarterback on the ground. They have just 18 sacks on the season, the fourth-fewest in the league, despite investing heavily in the defensive line this offseason.