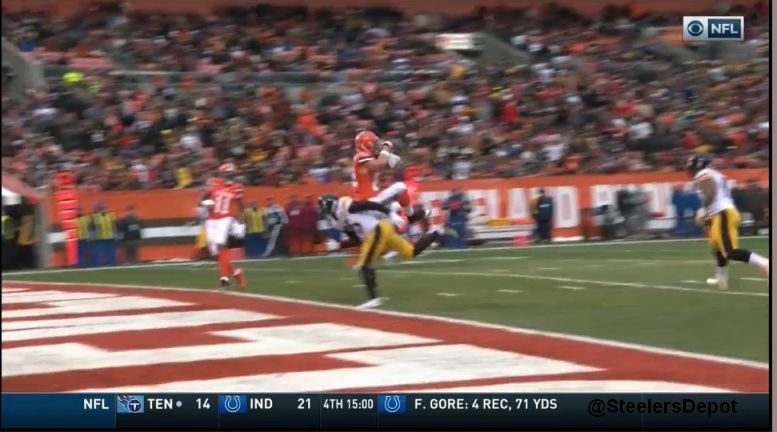 Artie Burns has played more than probably most of us expected. And he is getting better. Slowly, incrementally, he is. But the level of variance in his game is still extremely high and it gives as much bad as there is good.

We’re going to focus on that bad today. I think I took a good deal of heat from putting him on my losers list following the game. I didn’t get a whole lot of time to expand on that in the comments section as I usually try to do.

So let’s break this play down, show the apparent problems, and the ramifications they have.

The Browns come out in a 3×1 set with the TE, Gary Barnidge, attached and isolated to the field boundary, the bottom of your screen. Keith Butler calls his Frisco Fire Zone, a five man pressure with the safety attacking the B gap and the defense playing Cover 3 behind. 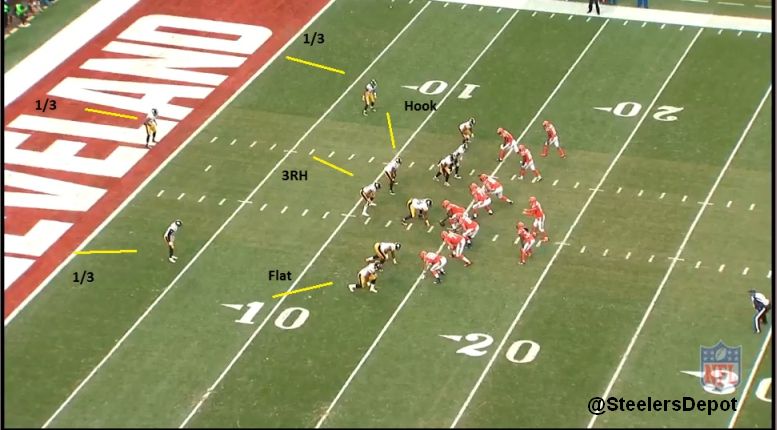 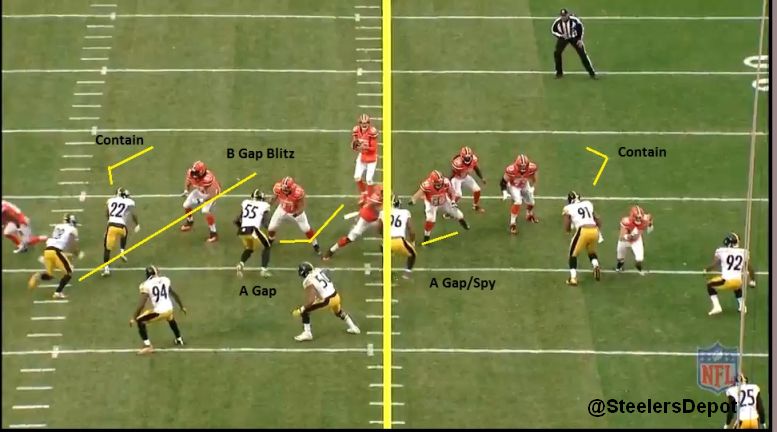 Conventionally, yes, Burns is going to be responsible for the deep outside third. But given the look, no receiver to his side, just the attached tight end, there isn’t anything that is going to widen him. With James Harrison serving as the flat defender and keeping outside leverage, while getting depth (again, no other threats), Burns can rob any in-breaking concept by Barnidge. Cheating inside is also going to help if any receiver from the trips side bends his route across the field, too.

But Burns gets depth, doesn’t look to take away the in-breaking route, and gets boxed out when Barnidge stems his route inside. 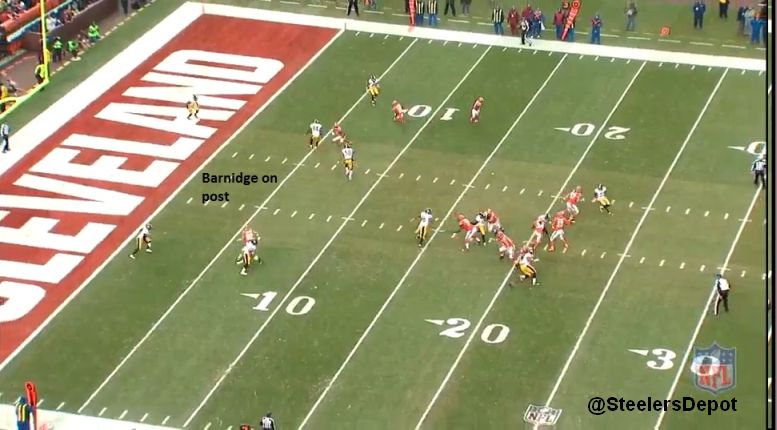 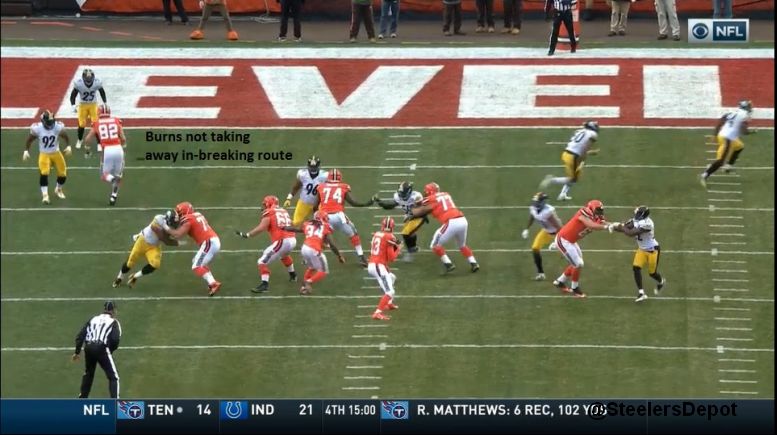 Then there’s the finish. Instead of fighting through and playing through the pocket of the tight end, Burns’ bizarrely throws his shoulder into his back, trying to jolt the ball loose that way. It fails and Barnidge scores.

Now, it’s a one-possession game and definitely created some “oh no” fears for several minutes.

Here is the bigger problem. We’re talking about another mental mistake, another big play given up. Keith Butler has expressed concern over being more aggressive with so much youth. You can debate the merits of that, we have, but it isn’t a completely meritless claim. On paper, it is logical.

So when the Steelers give up these shouldn’t-have-happened plays, it makes me wonder if this will be more ammunition for Butler to pull back on the reigns. Maybe not big-picture but in big moments. Games where the Steelers are holding onto a lead and he goes into a shell instead of keeping the pressure, as the team did at the early stages of the season. That’s why these mental mistakes are such a problem. Without that aggressive, blitz mentality, we’ve seen how Steelers’ games wind up. Usually not too good. That’s why these are such a problem and why I’m reacting so strong to it.