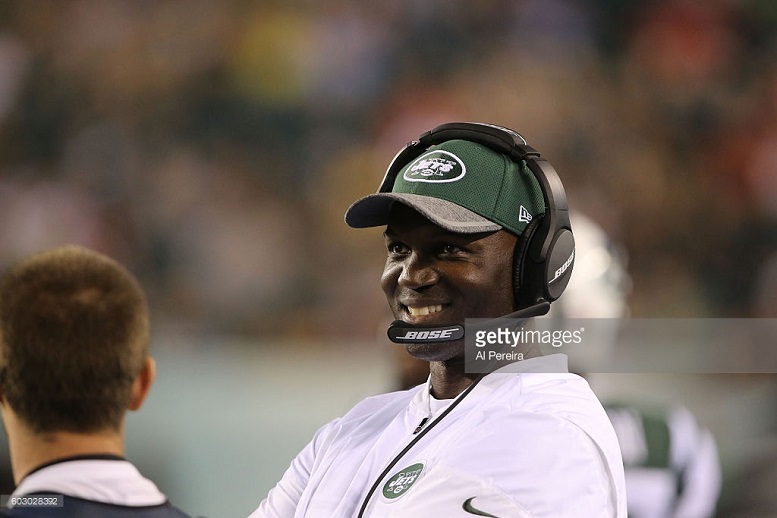 When the Pittsburgh Steelers play the New York Jets at Heinz Field on Sunday they will compete against Todd Bowles, a 2nd year head coach who has coached defenses and secondaries for some of the best head coaches in the last decade. The Steelers made the playoffs last season due to the Jet’s losing in Week 17 and if last year’s standings are any indication of how this year’s standings will pan out, tomorrow’s game could have serious repercussions on the AFC wildcard picture.

Bowles has served his time under a multitude of NFL head coaches. Al Groh, a former head coach of the Jets, was the first NFL coach to hire Bowles in 2000. After one season the Jets finished 9-7 and Groh was fired. The next stop for Bowles was with the expansion Cleveland Browns and their then-head coach Butch Davis, who hired Bowles to be the team’s nickel package coach. Davis comes from the Jimmy Johnson tree of coaching which brought multiple Super Bowls to the Dallas Cowboys but he had very little success Browns. In 2004 Davis was fired midseason and replaced by Terry Robiskie, who Bowles served under for the rest of the season.

The next chapter of Bowles’ coaching career took place when he was hired in 2005 as the Cowboys secondary coach under the legendary head coach Bill Parcells. A lot of people consider Bowles a Parcels disciple, because it was his first time spent with a head coach that wasn’t “on the hot seat” and Parcells has an expansive coaching tree of assistant coaches that have evolved into head coaches. Bowles even maintained his position as secondary coach with the Cowboys after Parcells retired and was replaced by Wade Phillips.

After a yearlong retirement, Parcells was hired as Executive Vice President to Football Operations for the Miami Dolphins. He decided to bring in Tony Sparano to be the new head coach in Miami. Sparano and Parcells agreed to hire Bowles as the Dolphins secondary coach in Miami. After almost four years, Parcells fired Sparano and Bowles was promoted to the Dolphins interim head coach for three games and he finished 2-1.

After not being hired to permanently take over the Dolphins head coaching job, Bowles spent 2012 under Andy Reid with the Philadelphia Eagles as their secondary coach for the first half of the season and defensive coordinator for the second half when his predecessor, Juan Castillo, was fired. In 2013-2014 Bowles continued to work as a defensive coordinator under newly hired head coach of the Arizona Cardinals, Bruce Arians, who spent 2004-2011 with the Pittsburgh Steelers.

After the 2014 season, Bowles was hired to be the Jets head coach and that year their on-field product improved. People close to the Jets credit Bowles with changing the negative culture in the locker room. In his first season the Jets finished with a 10-6 record and almost made the playoffs if not for a Week 17 loss to the Buffalo Bills, who were coached by Rex Ryan; an ex-Jets head coach.

While Bowles has taken a long journey to becoming a head coach a few things stand out. He always has shown good leadership skills in tough situations, like when he had to become the Dolphins interim head coach or Eagles interim defensive coordinator. He also has been able to get players and coaches alike to buy-in to his system, which led to drastic improvements in the Jets performance last season. Bowles will need to continue to show leadership this season as the Jets have played poorly the last two weeks, and have high-powered offenses like the Steelers, New England Patriots (twice) and Cardinals on their schedule in the near future.