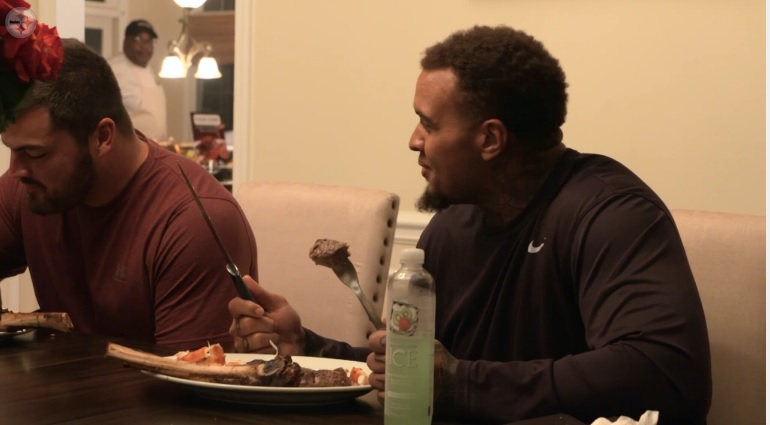 Over the offseason, Maurkice Pouncey referenced his now highly anticipated Thursday night dinners with his offensive line. The entire line, and any other Steeler who wanted to tag along, would go to Pouncey’s house, where they’ get catering, play video games, and watch some actual game tape.

Pouncey was kind enough to allow the Steelers.com cameras into his house a week ago for a close look at that tradition. It’s a fantastically produced video with some really cool moments.

Again, it’s the entire O-line and this week, DeAngelo Williams decided to show up. Young and old, tenured and new, it looks like everyone is there. Marcus Gilbert and Ramon Foster to Matt Feiler and B.J. Finney. I think even Austin Shepherd is in one of the shots, a practice squad linemen who was signed for only a few days.

The food, as you can imagine, is immaculate, and because it’s an offensive line, you know they love to eat. This is Alejandro Villanueva’s dessert. 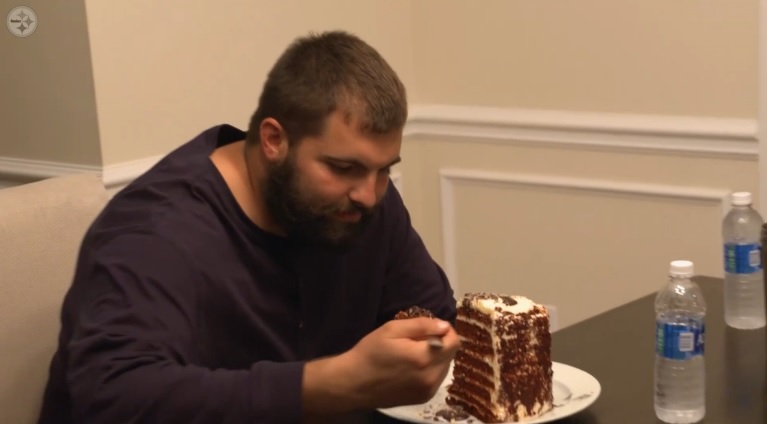 Pretty sure that’s a full meal for 99% of the rest of us.

If you can’t check out the video, Pouncey says the tradition began with Chris Kemoeatu. When he was released following the 2011 season, Pouncey stepped up and decided to plan things himself. And it’s been a staple ever since.

“Kemoeatu started it,” Pouncey says. “He used to do it all the time when I was a rookie. It was just kinda something we picked up. I was like, ‘you know what guys, you guys come to my house, door’s always open.'”

Consider it a must watch video for this lazy Saturday. Again, check out the link here.

Just one word of advice from the photo we have at the top. Be careful with that knife, Pouncey. The Steelers have dealt with enough injuries.