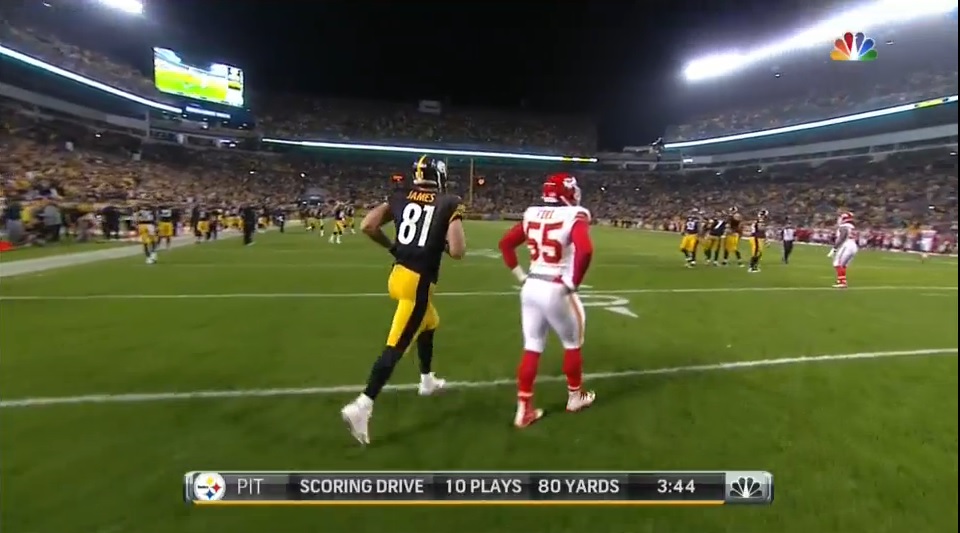 Mike Tomlin and Todd Haley are well known for emphasizing red zone efficiency, hence their numerous reps inside the 20 during training camps and practice. And while they had an awful showing against the Eagles in week three, they’re experiencing a lot of success when deep into enemy territory.

We all know how the number of weapons on this team can be crucial to red zone success, so it comes at no surprise that they converted every attempt last week, and also in weeks one and two against the Redskins and Bengals respectively. There always tends to be outliers in these situations, and that’s precisely what we have in just the first quarter of the season. That, of course, is the Philadelphia game in which they didn’t manage a single conversion on two attempts.

Chris Boswell has pulled through when the team has needed him, making three field goals on four attempts. But thankfully, the team hasn’t needed to resort to his leg when in scoring position. And it’s far too often we hear coaches say ‘We needed to convert those into touchdowns,’ following a loss.

So here’s how the Steelers look so far this season in the red zone.

That’s right. Aside from the game against the Eagles, this team has successfully converted every attempt inside the 20. That’s definitely something to smile about. The Philly game was brutal in all phases, and there were so many factors that determined the outcome. But it comes as no surprise that the one game they failed in the red zone, they lost. And in all the others, they won.

Still though, with the recent return of Le’Veon Bell, and the eventual(hopefully) addition of Ladarius Green, this offense has the potential to be the best red zone team in the NFL. And they’re getting as many involved as possible already. Five players have scored touchdowns in the red zone, including both tights who weren’t expected to see a ton of playing time in the offseason.

With the additions, they’ll have that many more options to work with, and it should result positively for Pittsburgh going forward.

Field goals are well and good, and it’s nice to know they have a solid kicker to step up, but in the meantime, let’s look forward to a continuation of this touchdown productivity.