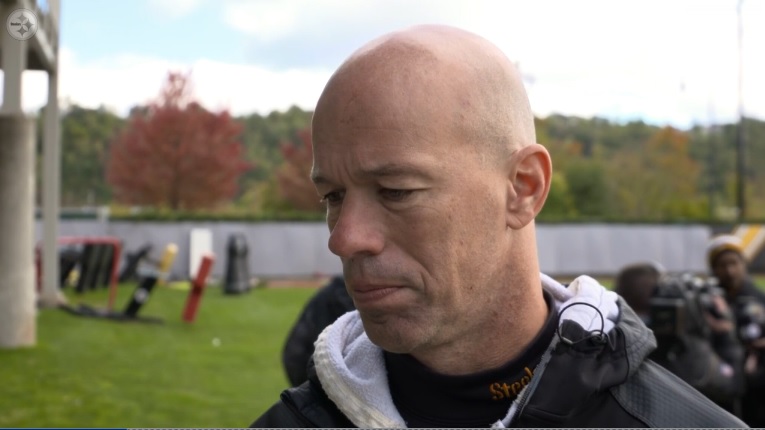 The devil is in the details. And with the way the Pittsburgh Steelers have played the run the past two weeks, they should all take a trip to confession.

For inside linebackers coach Jerry Olsavsky the problems aren’t irreversible. They’re minor ones, repeated ones, that stack up and create too many positive plays for opposing offenses.

“A detail is a fine thing,” Olsavsky told Teresa Varley via Steelers.com. “And that’s hat we need to polish up on. You can be half a man wide and you’re going to miss the play. You’re still going to make the tackle for a two yard gain but if you’re aligned right, you may get it for no gain. Or a tackle for loss. And that adds up. Because when it goes from 1st and 10 to 2nd and 7 or 2nd and 10, that’s a big thing.”

The rush defense has allowed 362 yards the past pair of weeks, the most given up consecutively since 394 allowed in 2013 (one of those games came against the Patriots, too). They allowed their first 200 yard rusher, Jay Ajayi, since 2000. All around, below the line stuff. Olsavsky does feel confident his group can get back to playing the way they need to.

“Those are little things we have to do. We’ve done, I know we can do, but we just got to get back and work it out.”

As Matthew Marczi wrote about earlier today, Vince Williams could remain in the Steelers’ defensive plans, rotating with Ryan Shazier and/or Lawrence Timmons. Olsavsky had nothing but good things to say about his play so far this year.

“Vince has been really good When Ryan got hurt, he went in there and played good. He’s been making the checks. Vince is a very hard critic on himself. It’s something where he’s gotta keep going and working. But he’s done a great job. He did a great job last year and that’s what we expect out of him.”

Williams is second on the team with 38 total tackles, only trailing Timmons.