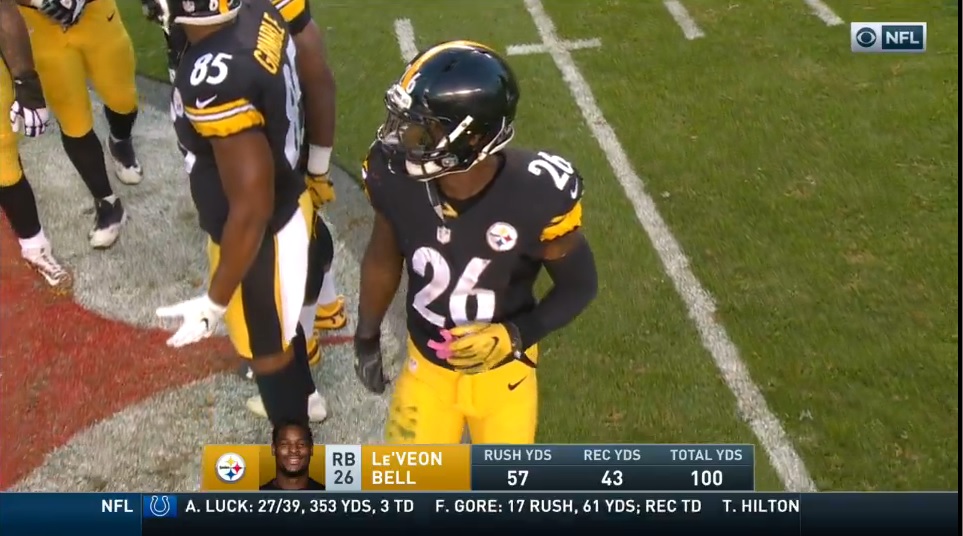 This one wasn’t too weird. A “meh” kind of loss. So let’s find something strange to talk about.

– Landry Jones is the first Steelers’ quarterback to throw the ball 47 times not named Ben Roethlisberger since Tommy Maddox in 2003, a 30-13 loss to the Tennessee Titans. Big Ben had been responsible for the last 11 times.

The last time a non-Ben QB threw that many passes and won? Kordell Stewart in 1997 when the Steelers beat the New England Patriots 24-21. Unfortunately, Jones couldn’t challenge that same, uh, let’s call it magic.

LaDainian Tomlinson has the record for most 20/10 games with five. Marshall Faulk actually only did it once.

– Greg Warren’s fumble recovery is the first of his NFL career.

– No Steelers DB has an interception through the first seven weeks. That’s the first time that’s happened since at least 1994, as far back as immediate data is available. They got an interception in Week 7 in 2011. Now, we still wait.

– Jay Ajayi and LeGarrette Blount have shredded the Steelers for 100+ yards and 2 TDs the last two weeks. It’s the first time the Steelers have allowed that to a back in consecutive weeks since Fred Taylor and Corey Dillon on November 19th and 26th in 2000. Taylor went for 234, Dillon for 128.

– New England is 7-7 in the red zone the past two years against Pittsburgh.

– In nine career regular season games, Tom Brady has thrown 24 touchdowns to just three interceptions. He hasn’t thrown one since 2005 and has tosses 17 touchdowns to no picks since then.