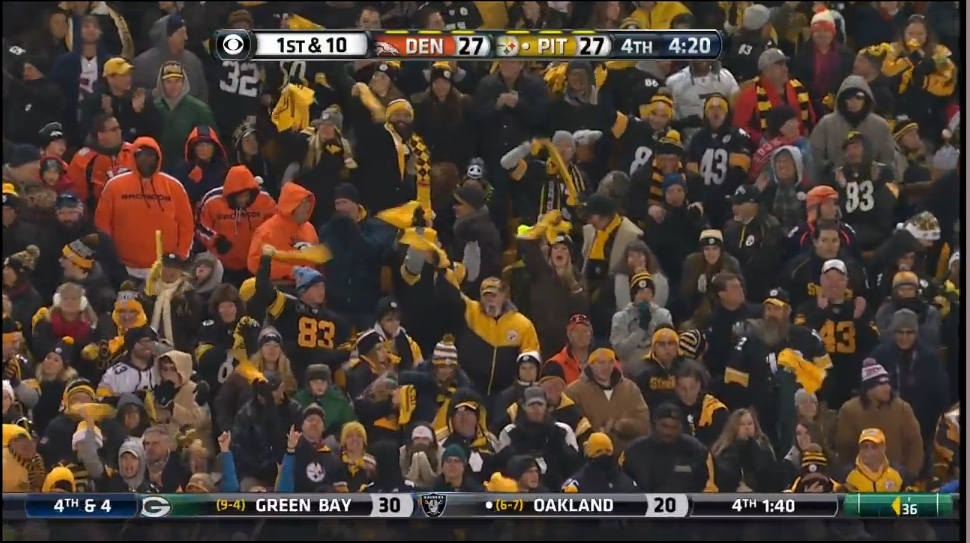 Discussion for something off the field on this lazy bye week Sunday.

A new Washington Post article pegs Heinz Field as one of the most frequent stadiums for fan arrests. According to the report, issued on the 28th, the Pittsburgh Steelers have the fifth most arrests per game, an average of 16.8.

Not surprisingly, the research indicated divisional games lead to more arrests. And the closer the game, the more arrests there are.

The post obtained records from every team but the Cleveland Browns and New Orleans Saints, who did not respond to their requests.

It isn’t all bad news for Steelers’ fans though. The article points out Heinz Field has a “zero tolerance” policy, naturally leading to more arrests. And, to be very clear, this is the number of arrests at a stadium. It does not necessarily reflect the number of actual Steelers’ fans walking away in handcuffs. That type of data would be difficult to obtain.

If, for example, there’s a Steelers/Ravens game, and 15 Ravens’ fans are arrested, it appears they all get counted against the Steelers in the study.

The stadium with the fewest arrests was Seattle, Chicago, and Tampa Bay, all under one per game.

The Post does not provide exact data for any of the other teams but does show a graphic with a “bubble” for each city. It appears the Baltimore Ravens are in the middle of the pack with around five arrests per game while the Cincinnati Bengals are around 2.5. The Philadelphia Eagles look to be somewhere in the 7-9 range.

Check out the entire article which delves into the study and the NFL’s serious security problems, both inside the stadium and in the parking lot. It’s another problem area for the league they’ve struggled to address.